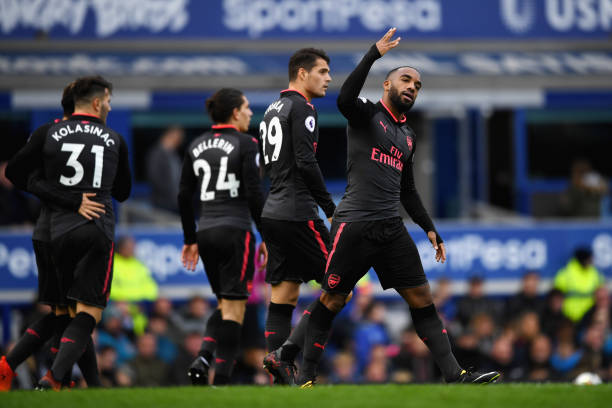 Alexandre Lacazette explained that he swapped his trumpet celebration against Everton so he could pay tribute to his former teammate Corentin Tolisso.

The pair played alongside each other at Lyon, and were good friends, but this summer Tolisso moved on to Bayern Munich and Lacazette joined Arsenal.

Corentin didn’t forget his friendship with the Arsenal striker when he moved, however, as he showed by performing Lacazette’s trumpet celebration when he scored against Hamburg at the weekend, reports Football.London.

It was a nice gesture, and Arsenal’s number nine was clearly keen to return the favour, as he performed Tolisso’s signature ‘vulcan’ celebration in return, after scoring against Everton on Sunday.

As long as Arsenal’s top scorer continues to bang in the goals, I’m sure most supporters won’t mind much how he chooses to celebrate them. To have five in under 10 starts is an impressive achievement for the striker, joining a new club in a new league.

Plus, now he’s got off the mark away from home, which is good thing considering the next couple of away games are against Manchester City and eighth-placed Burnley. But first, hopefully he can keep his good home form going against Swansea on Saturday.