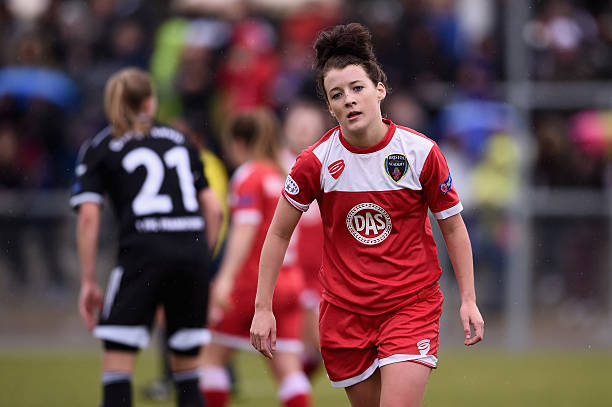 The Football Association of Wales Awards 2017 were held at Hensol Castle at the Vale Resort on Monday 2nd October and one former Arsenal player won the player’s player of the year award for her excellent performance with the Women National team.

Angharad James, who now plays for Everton Ladies, was voted by her peers for the prestigious award.

The 23-year-old midfielder signed up for the Arsenal Academy as a 16-year-old where she played alongside Jordan Nobbs and many other FA WSL players before moving on to Bristol Academy in search of playing time at the end of the 2011 season.

After three successful seasons there, she moved to Notts County Ladies in 2016 before signing up for Yeovil in 2017 for the Spring Series.

She has now signed another professional contract with Everton Ladies and recently hit the 50 caps mark.

1. FAW Player of the Year

4. Players’ Player of the Year

5. FAW Young Player of the Year

6. Fans Player of the Year