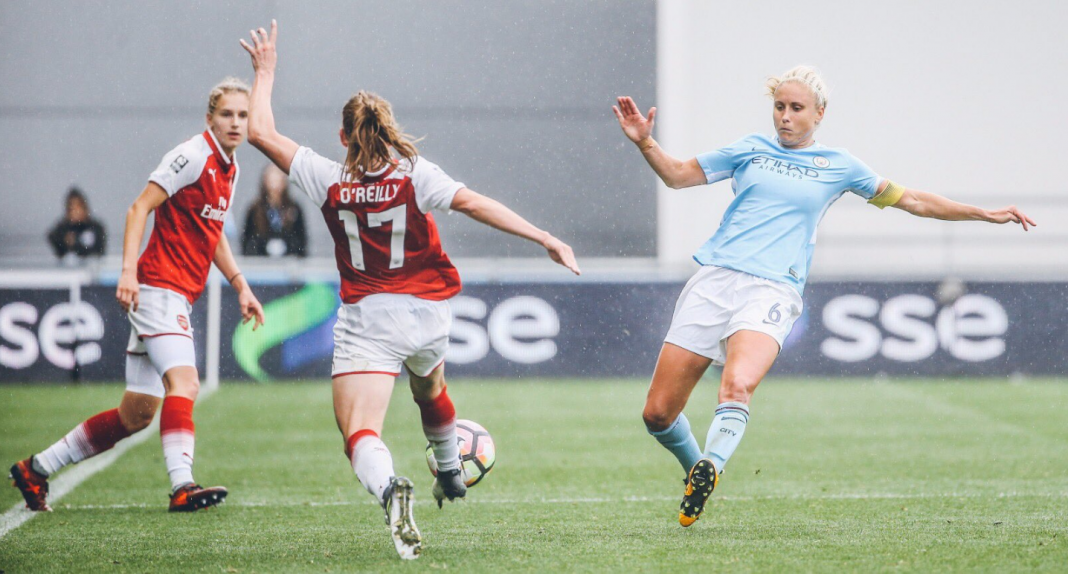 Arsenal Women are looking to bounce back from their disappointing performance last week against  Manchester City in a must win game against Bristol City Ladies.

With the Gunners already trailing City and Chelsea by three points and a 14 and 9 goal difference deficit respectively, a big win is needed win in the Sunday lunchtime kick-off.

Confidence will also need to be restored after the poor showing last week.

Bristol City finished as runners-up in the FA WSL 2 in 2016 and got promoted to FA WSL1.

They finished in eighth place in the Spring Series ahead of Yeovil. The short mini-season clearly helped them identify what was missing for them to compete as they had a very busy transfer window with seven players coming in and nine going out.

Tactically, they use a 3-4-2-1 system with England Youth player of the year winner, Lauren Hemp up front, backed up by two excellent playmakers in Chloe Arthur and the former Arsenal fans favourite, Carla Humphrey.

Their new signings from Belgium and Netherlands are at the heart of the team alongside on loan Wales international, Charlie Estcourt, and on loan England youth goalkeeper Sophie Baggaley in goal. The club captain is midfielder/defender Millie Turner.

In their win against Yeovil, they seemed to leave a lot of space behind the wing back and a quick centre-forward would have certainly troubled their back three, so it should fit Beth Mead’s game.  Wing play and balls behind the back three should see Arsenal create chances, while they will have to cut the supply to the two playmakers.