Lukas Podolski’s manager, Nassim Touihri, has confirmed that the German has already contacted his lawyer over THAT article published on far-right website, Breitbart, at the weekend.

Podolski has apparently already spoken to his lawyer, presumably about taking legal action over far-right American website, Breitbart, for an article they posted this weekend.

“Lukas distances himself from it and won’t let himself be exploited. Our lawyer is already involved,” Touihri revealed, reports the Mirror.

In one of the weirder stories we’ve seen for a while, a picture of the former Germany international while he was away for the 2014 World Cup was posted in an article titled ‘Spanish Police crack gang moving migrants on jet-skis’ in which the site spoke about gangs bringing Moroccan migrants to Spain. 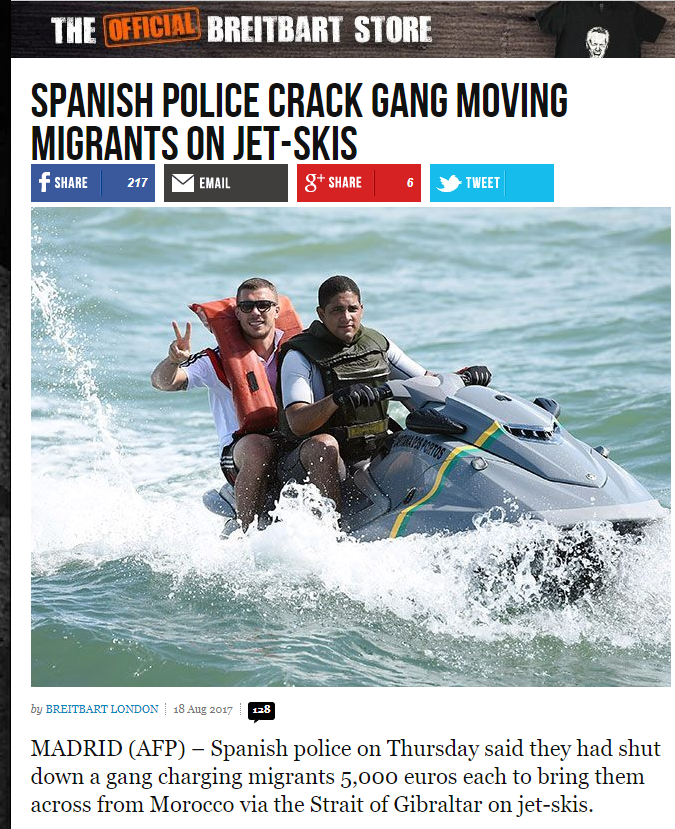 The story claimed that smugglers were carrying migrants from Morocco via the Strait of Gibraltar using jet-skis.

While most of us had a bit of a giggle (accompanied by eye-roll) at the notion that Poldi had potentially been mistaken for a migrant being smuggled into Spain, the player himself obviously took the piece far more seriously.

Breitbart have since issued an apology, explaining that the image was used to illustrate that they were talking about a person on a jet ski since the photograph was indeed of Poldi on a jet ski, which sounds harmless enough. Although still funny.

“A previous version of this story included an image of Lukas Podolski…,” the apology said.

“This image appeared as an illustration of a person on a jet ski. Breitbart London wishes to apologise to Mr. Podolski.

“There is no evidence Mr. Podolski is either a migrant gang member, nor being human trafficked. We wish Mr. Podolski well in his recently announced international retirement.”

Whether the former Gunner will actually take action against the website remains to be seen.

The 32-year-old current plays for J-League side, Vissel Kobe, where he’s scored twice in five appearances.