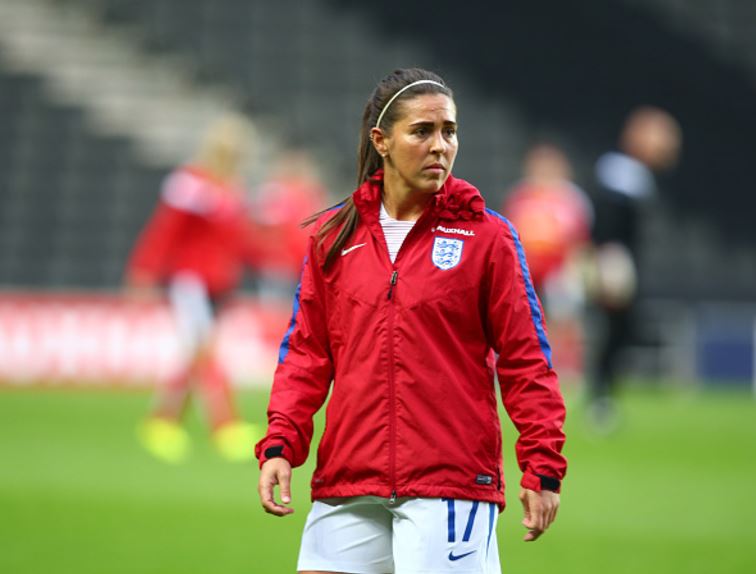 Mark Sampson’s England Women’s side qualified unbeaten for this summer’s European Championships and Arsenal midfielder, Fara Williams, has said this is their best opportunity to win the tournament.

Having finished runners-up at Euro 2009 as well as a World Cup bronze medal two years ago, this is the year they’re hoping they go all the way and win the tournament.

It will be the 33-year-old’s seventh major tournament as an England international and ahead of this weekend’s prep fixture against Switzerland, she spoke to the FA about the Lionesses’ chances of glory.

“I feel that we’ve genuinely got a realistic chance of winning the Euros,” Williams said.

“We’ve gone into previous tournaments more in hope. But now we really believe we can win it. After what we did at the World Cup, the results we’ve picked up in a few big friendlies since Canada and the way we qualified for the Euros, we have showed how close we are getting to the very best.”

A narrow 1-0 defeat by Germany during March’s SheBelievesCup is sure to have given the ladies confidence, not least having held their own against the world’s best.

In 24 fixtures since the Women’s World Cup in 2015, they’ve netted 44 goals and kept 15 clean sheets too despite losing on six occasions.

“There is a real belief among the girls, more so than before any other tournament. I think you need that little bit of arrogance if you want to be a top team and that’s starting to show through with us now,” Williams continued.

The players met up on Monday as preparations for next month’s competition have already begun. After their two warm-up matches, they will be together during a warm weather training camp in Valencia.

Alex Scott, Jordan Nobbs and Jodie Taylor are the other players set to represent Arsenal for England this summer.

Although Williams stressed the importance of building fitness and strength for those who haven’t featured much at club level in the Spring Series, she was keen to note that Switzerland will be a tough opponent this weekend.

“They’ve got a similar style to Germany. They’re going to be very tough and great opposition to face going into the Euros. They are now competing with the top teams and staying in the game against the top teams, but I think we need to go there, get a win and put in a good performance.

“We need to prove that our belief isn’t all talk. It’s not over-confidence at all; it really is a genuine belief that we are good enough. But we need to back it up. We need to put down a marker.”

England face Switzerland this Saturday with kick-off scheduled for a 5:15pm (BST) start. Drawn in Group D alongside Scotland, Spain and Portugal, it’s set to be a gruelling month ahead of Sampson’s squad before the tournament officially begins on July 16.