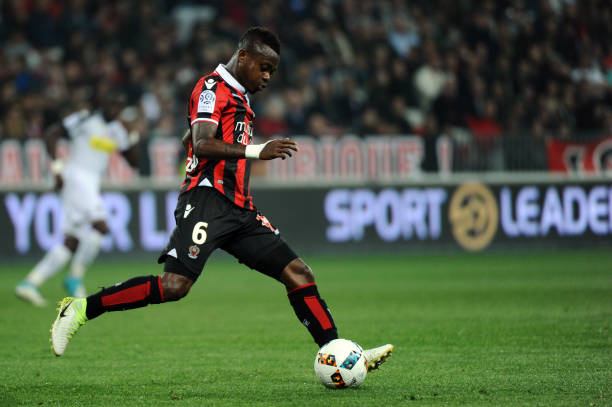 Neither Arsenal nor Tottenham have made formal offers for Nice midfielder Jean-Michael Seri, which means that both AS Roma and Paris Saint-Germain appear as frontrunners to sign the 25-year-old this summer.

This is according to the Guardian’s deputy news editor, Ed Aarons, who tweeted the following on Thursday evening:

Looks like it's between Roma and PSG for Jean Seri. no firm offers from either Arsenal or Spurs

When you think back to what was said last week, you have to wonder whether the Gunners’ interest is genuine or a ploy to distract from other targets in France whilst everyone concerned themselves with how Seri was going to fit into Arsenal’s midfield.

Monaco winger Thomas Lemar has been heavily linked recently and if news is true that Arsenal’s interest in Seri is not concrete, then it would make sense to believe that Wenger was in France to hold talks with Lemar’s agent instead.

Seri’s release clause was confirmed by the club chairman as €40m, which could have potentially scared them away from especially given the midfielders to return at Arsenal – Jack Wilshere and Santi Cazorla. Alex Oxlade-Chamberlain’s desire to play in a central midfield role is also likely to be fulfilled sooner rather than later.

Roma’s ambitious initial bid of around €20m was rejected and Nice are keen to earn as much as possible if Seri is to depart, so to an extent you can understand why Arsenal would be reluctant to overpay for the Ivory Coast international.