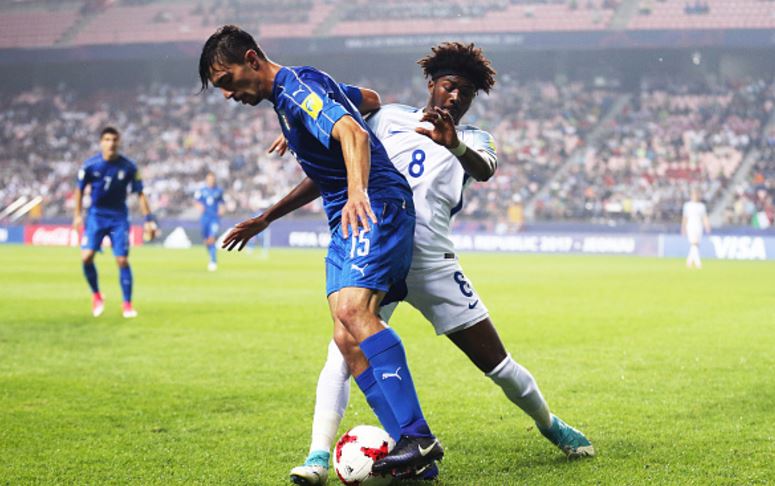 Playing alongside Bournemouth’s Lewis Cook in midfield, the 19-year-old was keen to assert his quality after a mixed tournament thus far.

Having sustained an injury during the 1-0 win over South Korea in the group stages, there were initial fears that he wouldn’t be fit enough to play any further part during the tournament.

He made a cameo appearance during the 1-0 win over Mexico on Monday and having been harshly penalised for handball against Costa Rica as a substitute, there were always going to be questions as to whether he’d be mentally ready to perform.

Tottenham midfielder Josh Onomah was suspended after two bookable offences in the previous knockout round, otherwise Maitland-Niles might have been deployed in a more creative role as the number ten instead with goalscorer Dominic Solanke potentially operating down the flank.

His defensive capabilities and positional discipline were important as England came from a 1-0 deficit to prevail as 3-1 winners on the day against an unpredictable Italy side.

Tenacious in the tackle as usual, he was ever-present when Italy attempted to attack and regularly stopped danger in its tracks to lessen the defensive responsibility upon his other team-mates such as the aforementioned Solanke and Everton’s Ademola Lookman.

As a result, he will be hoping that his individual display has been enough to justify another start from manager Paul Simpson with this weekend’s final against Venezuela the youngster’s final hurdle.