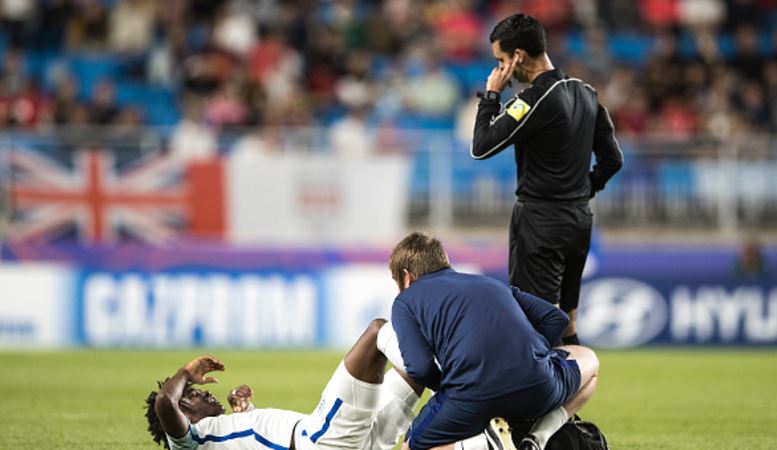 The versatile midfielder, 19, was a second-half substitute during England’s win over Argentina last week but on his second successive start of the tournament, he came off with an ankle injury and was replaced by Chelsea’s Dominic Solanke.

The Three Lions have progressed through into the last-16 of the competition, having won Group A with seven out of a possible nine points.

However it’s a frustrating blow for the youngster to suffer, having impressed at u23 level for Arsenal this season.

Championship clubs have already been recently linked with a loan move for him this summer and he’ll be hoping to avoid any serious damage with a possible opportunity to continue establishing his quality next term.