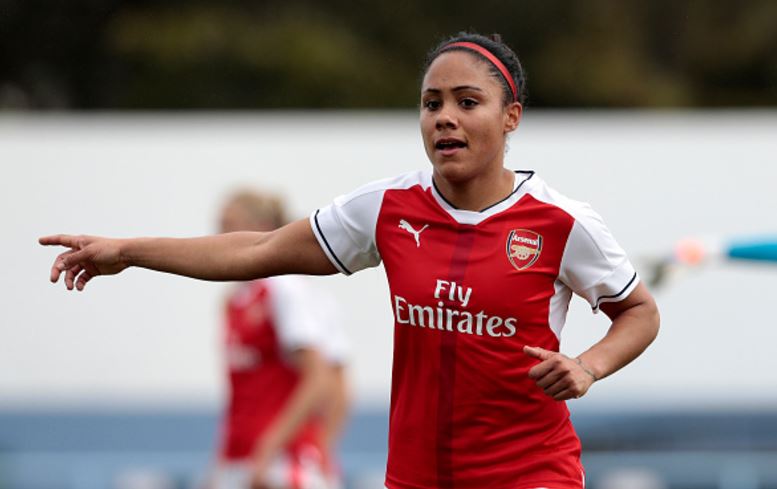 Arsenal full-back Alex Scott has warned that England Lionesses have the fate of future generations in their hands, as they prepare for next month’s Euro 2017 campaign.

The 32-year-old is preparing for her fourth European Championship and will be eager to usurp Manchester City’s Lucy Bronze with a place in Mark Sampson’s starting eleven.

Having earned 139 international caps to date, Scott has been keen to stress the importance of her team-mates maintaining their high standards.

FA WSL has seen an increase in average attendances in recent seasons, while England players have seen a rise in their popularity too after their third-placed finish at the World Cup in Canada two years ago.

Failure in Holland next month could be a backward step for the progression of women’s football in England, according to the right-back.

“We know there’s more expectation on us and there’s a bigger picture,” Scott was quoted as saying.

“If we go and win a medal like we did at the World Cup, then everyone’s interested in women’s football, or if we go and get a gold medal things could change dramatically for women’’s football in this country,” Scott explained.

“That’s the added incentive for us. When we failed at the last Euros (Sweden, 2013), we knew it was a missed opportunity, not just for us as players but for women’s football, and it’s the same going into this one.”

Defeats against Spain and France as well as a draw with Russia meant the Lionesses were knocked out in the group stages four years ago, something they’re keen to avoid this time around.

Having cruised to a 4-0 win over Switzerland during their first pre-tournament friendly last weekend, it’ll be interesting to see how the players fare in their next test. Sampson has already revealed there will be a month of intensive training to ensure players are in peak physical condition before the upcoming tournament.

“The Euros are really hard and we mustn’t get carried away,” Scott told Press Association Sport last week.

“We may have won a medal last time but there’s no guarantees we’ll do the same – we have to earn the right.”

Their next friendly is on July 1 against Denmark, just under three weeks before their campaign begins against Scotland in Utrecht on July 19. They will also face Spain and Portugal in Group D.