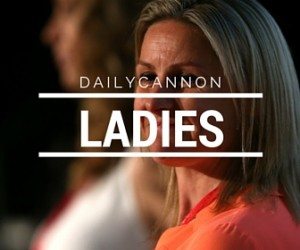 Following England Men’s U20 World Cup win in Korea, we can wonder if the women, blessed by an excellent generation of talent, can do the same next year in France?

The first step will be for this team to qualify for the FIFA U20 World Cup in August, when they play the final of the UEFA U19 European Championships in Northern Ireland.

Four seats are up for grabs from the eight teams competing, which means the four semi-finalists will qualify for the World Cup. Also should France – who will host the U20 World Cup tournament – reach the semi-finals there would be a play-off for the final ticket.

The players that should be involved in that tournament next year are those born in 1998, 1999 and 2000. It would need an exceptional talent to see a girl born in 2001 to force her way into the World-Cup squad aged 17.

What we already know is that there’s talent in abundance and Mo Marley will have a hard time choosing the final squad. The biggest question will be about game time at first-team level, as certain players at big FA WSL 1 sides might not play much during the campaign.

Many have already been advised to move from their current club to gain more playing time elsewhere too. If we look at the girls born in 2000 and playing in the U17 finals in the Czech Republic this year, there are many with WSL 1 experience and others who are WSL 2 regulars.

Lauren Hemp is a regular started with Bristol City and could definitely stake a claim come June 2018. Ella Rutherford who is scoring goals regularly for Millwall could also be in line for a place in the squad if she carries on developing next season.

Hannah Hampton (Birmingham) is a goalkeeper with a high potential who also could get in the squad as three shot-stoppers have to be nominated for a World Cup Squad.

The current U19 squad (girls born in 1998/99) that will provide the bulk of the U20 squad next year has many talented players, including Arsenal’s own Sian Rogers, Anna Patten, Lotte Wubben-Moy, Taylor Hinds, Rianna Dean and Chloe Kelly.

At U19 level, experience is key for players who have to compete against top quality opposition and that’s why those are playing regularly week-in week-out in the WSL, rather than in the Development League where the intensity is not good enough, will be selected and more adequately prepared.

And then England are lucky to have many players who train on daily basis in the USA as those girls play at college over in the NCAA – for example, Lucy Parker, Grace Fisk, Mollie Rouse, Alessia Russo, Zoe Cross and Georgia Allen.

Although the football is played a bit differently from in Europe, their development abroad has been superb as seen with Ashleigh Plumptre who won the NCAA title last year with USC.

Can that group of players win the World Cup next year ? They certainly have a huge potential and should qualify for the tournament in August.

Then we can hope that all the players carry on developing during the 2017/18 season and arrive in top form for the tournament that will take place in Brittany around Rennes.