Former Arsenal defender Sol Campbell has stated his desire to work in Serie A at some stage in the future.

Having enjoyed a visit to the Milanello Sports Centre near AC Milan’s headquarters, he spoke to the club’s official TV station and discussed his career plans as well as the trip to Italy itself. 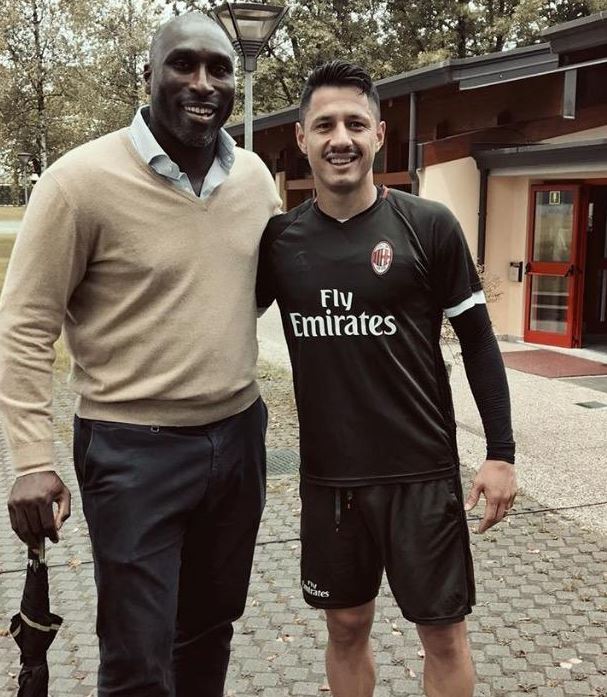 Unsurprisingly quizzed about his knowledge of players from the past, Campbell cited Sulley Muntari, Mathieu Flamini and David Beckham as the more familiar trio from his perspective that have featured for Milan in recent times whilst also praising the work of Vincenzo Montella in developing his squad since arriving in 2015.

“I know the history of Milan,” Sol said.

“Milanello is an excellent sports centre. Everything is perfectly organised, everything is excellent. I’m studying Italian football, I would love to coach in Italy. I’m observing and studying for hours, but I would like to work in Serie A in the future.”

There is almost a constant debate on the differences between Europe’s top leagues and Italy is no different.

Campbell added, “In Italian football you think a lot about tactics, in England instead they give more importance to the speed and there are more one-on-ones than in Italy.

“I really like the energetic football and today [Friday] I saw great energy during training for the Rossoneri.”

Campbell is currently working as assistant manager to Dennis Lawrence with the Trinidad and Tobago national team.