It was a much better week for Arsenal this week than over recent times. 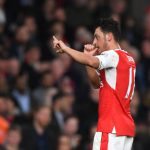 Mesut Ozil answered his critics in the best possible fashion with a goal and assist against West Ham. Dominating the game, Ozil benefitted from a change of system from Arsenal designed to let him thrive. He has more Premier League asissts than any other player since he arrived in the Premier League. 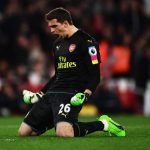 Thrust into the Arsenal first team after injuries to both Petr Cech and David Ospina, Martinez looked assured in the little he had to do against the Hammers. He’s set to continue in goal against an injury-ravaged Crystal Palace on Monday night. With David Ospina saying he’d be open to a move to Fenerbahce if Arsenal agree to sell him, it looks like the man tipped to be a future Arsenal number one, will get his chance next season. 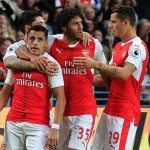 The midfielder partnership of Granit Xhaka and Mohamed Elneny came in for lots of praise after the win over West Ham. The asence of Francis Coquelin, and the inclusion of Elneny allowed Xhaka to thrive. Elneny, in turn, showed why Arsenal bought him in the first place with a strong, high-energy display. 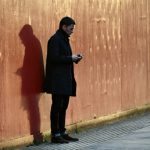 Another fan protest scheduled for the game against West Ham was cancelled when fewer than 10 people turned up.

Arsenal’s chances of finishing above Tottenham 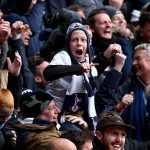 I think we have to face it. After 10+ years of hearing ‘this will be our year’ from that lot up the road, this looks like it really could be their year. Just remember, whatever you feel at the end of this season, this is how they’ve felt for most of their lives. 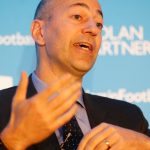 Most fans believed that stories in the media this week detailing a growing rift between Ivan Gazidis and Arsene Wenger came straight from the chief exec himself. Rather than address fans himself, Ivan seems to be leaking stories aimed at making it look like all the problems lie at the feet of Arsene Wenger. Nothing like jumping on a popular bandwagon when you should be the one helping drive the Arsenal bus.