He’s been at Arsenal ten years, yet for most of his club career, it would have been unthinkable for Theo Walcott to lead an Arsenal XI onto the pitch in a competitive match.

Not only has he been perceived as an inconsistent, lightweight winger, questions have also been raised about his attitude. In fact, there have been rather a lot of questions surrounding Theo, and very few answers.

Regular readers will know he especially divides opinion here at Cannon Towers, with Paul and I in particular in opposing corners.

Maybe not for much longer

It definitely feels like this season has been something of a coming of age for the England man.

Or should that be the ex-England man? Don’t get me started. Matt Law pretty much nailed it this week with the following tweets:

…And yet he is supposedly not good enough for England and has not made the most of his talent. I'd love to underachieve like that.

Zaha, playing in the same position, has six goals and is supposedly playing the best season of his life and FA should have snapped him up.

But I digress – let’s get back to the Arsenal related questions.

Does he contribute enough to the team? 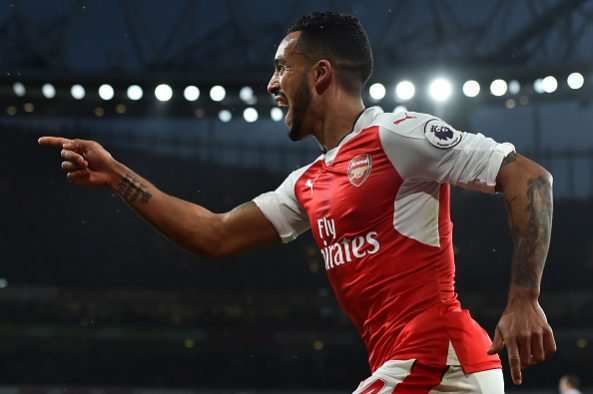 This is one of my biggest bugbears when it comes to Walcott.

He’s not a player you put in the team to have 200 touches a game. We have a whole squad full of those type of players. He is the ying to their yang, the ping to their pong, the red to their white.

But let’s say we ignore that, because tangible numbers carry more weight than theoretical arguments for the most part.

Theo Walcott has now scored NINETEEN goals this season in 27 starts. That’s only three less than darling Alexis in over a thousand fewer minutes, and puts him on course to smash his own best scoring season back in 2012/13.

To put it in perspective, if he plays the remaining matches at those numbers, it would see him hit 26-27 goals, depending on if we reach the FA cup final.

Not bad for a man who hasn’t made the most of his talent.

He also consistently scores against big times. This season he’s put goals past City, Bayern and, his favourite club, Chelsea, and it’s not difficult to think of goals against United, Barcelona, Spurs, or indeed the opener in the FA Cup final two years ago.

Why doesn’t he do more for our build up play? 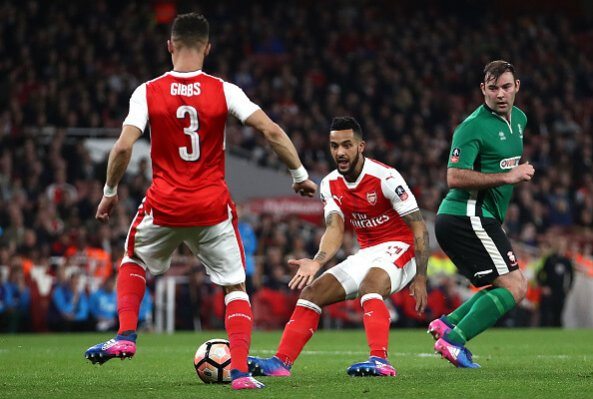 Often the players who make the difference for teams don’t get overly involved in general play.

Take Harry Kane, who game-for-game is the top scorer in the Premier League. Kane can often drift through games barely touching the ball. When he does touch it, it’s not uncommon to see him smash an overambitious shot from miles out and not trouble the goal let alone the keeper.

At the other end of the table, you have one of the men currently preferred to Walcott in the England setup – Jermaine Defoe, who sometimes plays games where his only touches come at kick offs.

Partly, Walcott isn’t involved in all our build up play because we don’t need him to be. He’s improved a hell of a lot when it comes to lay-offs and that was on show against West Ham. He also demonstrates when he plays for England that he does have technical ability – tallest dwarf and all that – but in truth his skills are of another use to us.

He can use his excellent first touch to control a ball on the run, which, when you have the likes of Ozil and Xhaka playing those through balls, is rather exciting.

I’d go so far as to say that if a ball is played in on goal but tough to control, I would bank on Walcott over either Ozil or Alexis to take best advantage of that situation.

His touch and finishing at speed is exceptional.

But does he get injured too often? 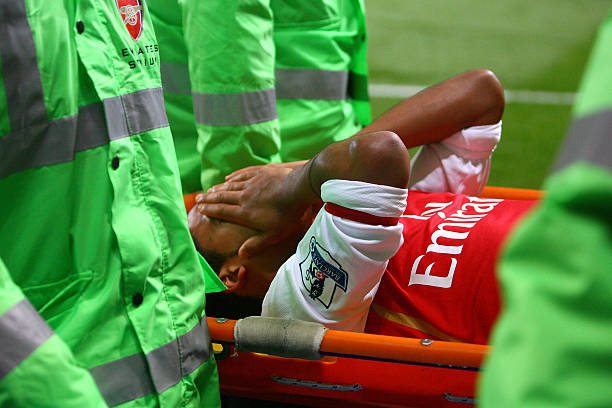 It’s all very well being a great player, but you need to actually be fit to take advantage.

Pinned shoulders, cruciate ligaments, the build of a twig: all accusations that have been – mostly fairly aimed at Walcott in seasons gone by. He might not quite have Diaby or Wilshere levels of Arsenal DNA, but after a decade at the club it’s certainly rubbed off on him a little.

But he’s a twig no longer.

Small of stature, yes, but a summer spent bulking up in the gym was apparent come the start of this season. The new lean, mean Theo can better withstand challenges and also minutes on the pitch.

For the first time in his career, Theo has finished more of the games that he’s started than those where he’s been subbed off. In fact he now completed roughly two of every three games he starts, compared to years gone by when you could set your watch by his substitution after 70 minutes.

It’s not even because of an injury crisis, as Lucas Perez has often watched from the sidelines. There have been occasions this season when we’ve been treated to the unusual sight of Alexis’ stomp rather than Theo’s touchline trot. And he does trot.

He’s even winning headers. Against Man City, Ospina’s (pathetic) kicking was aimed, not at tall frontman Danny Welbeck, but at diminutive Theo, and he was actually winning the ball.

Has he got the appetite for a fight when the going gets tough? 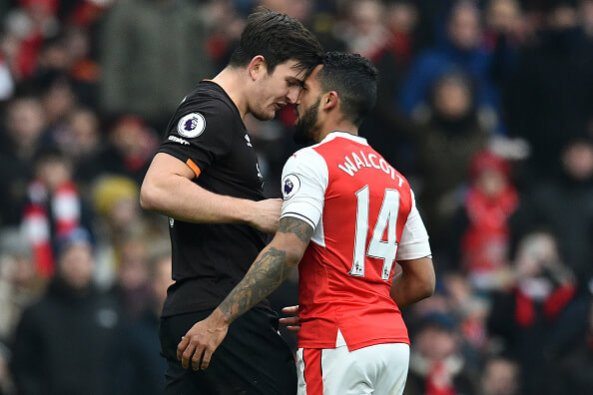 Well, judging from the fire in his eyes when he went forehead to forehead with a Hull hardman twice his size, the answer now appears to be a resounding yes!

It seems our longest serving player spent the summer taking a long hard look at every aspect of his game, and he is now bigger and stronger, physically yes, but also in his mind.

We find ourselves watching him, in the absence of Koscielny and Mertesacker, lead out The Arsenal. Perhaps most bizarrely of all, it doesn’t feel bizarre.

I’ve put him in my fantasy team.