Wojciech Szczesny, statistically, is Europe’s top goalkeeper this season, according to Squawka.

The 26-year-old has benefited significantly from his two-year loan spell at Roma. As a result, it’s no surprise to see him feature so highly in comparison to his fellow ‘keepers across European competition.

West Brom’s Ben Foster and former Gunner, Lukasz Fabiansk,i are the only two goalkeepers who’ve played more minutes than Woj – one game more in the Premier League season compared to his Serie A appearances. 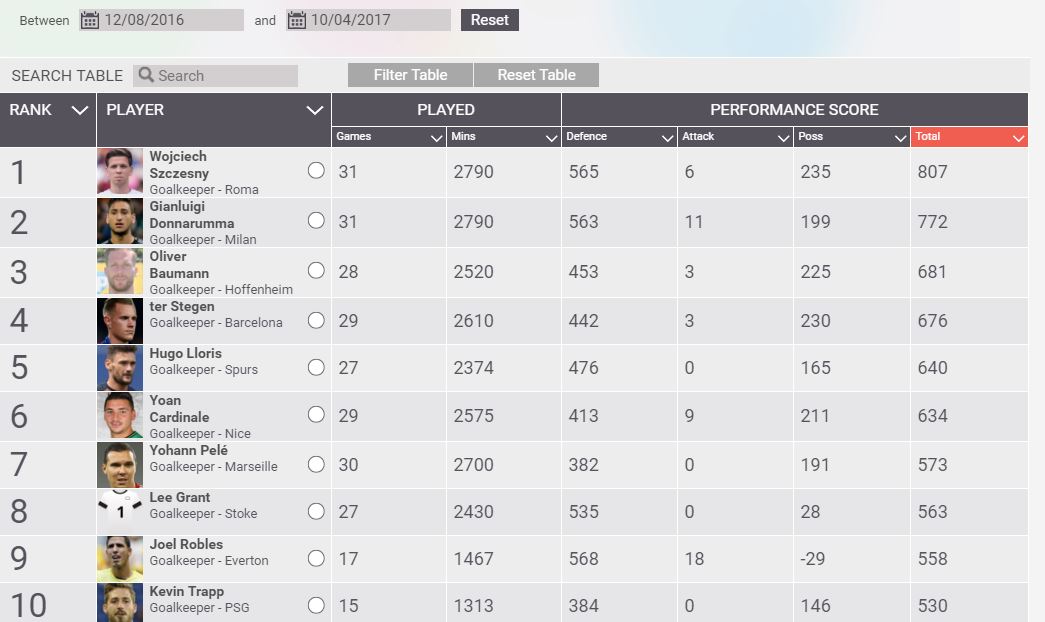 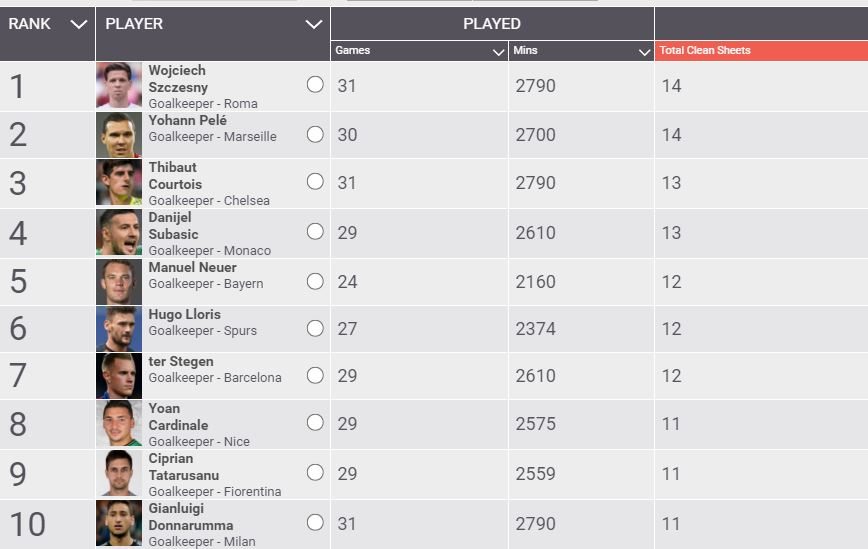 It’s quite interesting to see the detailed statistics once you break them down. What’s surprising though, is that Everton’s Joel Robles (#9) is in the top ten for overall performance score – despite inconsistent displays this term.

Stats rarely tend to tell the whole story but Szczesny’s level of improvement is clear to see in his consistent performances for Roma.

It’ll be interesting to see how Arsenal deal with our goalkeeping situation in the summer, especially given how unreliable Petr Cech has been this term, and with David Ospina apparently close to a move to Fenerbahce after his recent comments.