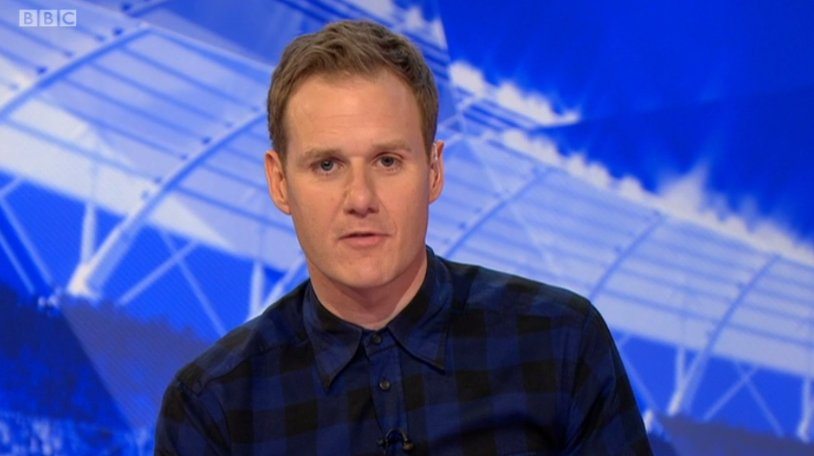 BBC’s Match of the Day reached new levels of ridiculousness on Wednesday night with their analysis of Arsenal’s game against West Ham.

The highlight’s package showed just one of Arsenal’s three undeniable penalties; the last one on Nacho Monreal. That foul should have also come with a second yellow, but they failed to mention that at all.

In the ‘analysis’ part of the programme Dan Walker, Danny Murphy, and Ian Wright all picked what holes they could find in Arsenal’s performance, giving them zero credit for a professional job in what are, let’s face it, very tricky circumstances.

To make matters even worse, they spent most of their time trying to prove how Arsenal’s first goal shouldn’t have been allowed (handball, they say) while not addressing ANY of the three penalties or the red card.

There was no discussion of the Andy Carroll elbow on Mustafi, either.

Did I mention there were THREE clear penalty shouts?

Match of the Day used to be a flagship of the BBC, but now it is just a laughing stock.

Its pundits fire out tabloid headlines and follow narratives laid down by others. They offer no analysis that could help the ordinary fan in the street understand the game a little better.

Why could they not have analysed the penalty non-decisions to try and help fans understand how the officials could be so wrong? Maybe they could help fans not feel evermore aggrieved by refereeing decisions when the same officials who seem to constantly favour the opposition?

Match of the Day in its present format worked when we only got one match a week on the TV and you had to rely on the radio for all others.

But now, in an age when millions of people have already seen the games live and have access to all incidents online, their inability to properly package a match into a set of highlights and meaningful, appropriate analysis, leaves them looking like fools.

They had clearly decided before the games kicked off that the ‘Awful Arsenal’ narrative would continue, Arsenal would be s**t and that’s all there was to it.

Arsenal let them down, so they decided to return the favour in kind.