Who do we think Arsene Wenger will pick for Arsenal’s clash against Bayern Munich on Tuesday night?

When it comes to who will lineup against Bayern on Tuesday, it doesn’t really matter. Let’s be honest. Arsenal are already 5-1 down and no matter how ‘plucky’ our performance is on the night, there’s no way we’re overturning that scoreline against Bayern.

David Ospina will step back into goal because he’s been our goalkeeper throughout the Champions League this season.

Alex Oxlade-Chamberlain may get rewarded for his hard work in the centre of the pitch recently with another start.

Meanwhile, Alexis Sanchez will probably start up front and Lucas Perez could step in for Alex Iwobi, who hasn’t been at the top of his game for a while.

Francis Coquelin, hopefully, will be dropped. Not that it makes a difference… 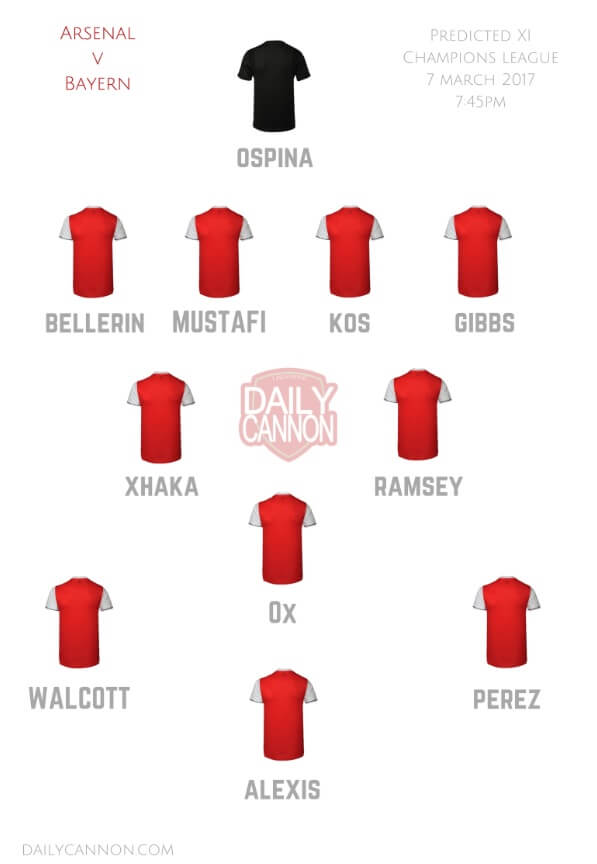 Lokonga to start: How Arsenal could line up vs Chelsea