Alexis Sanchez had his driving licence removed by police in Chile after the forward was clocked doing almost 100mph south of Santiago.

It was reported earlier that he was fined and will face a court date on 12 April over the offence which registered him doing 155 kmph. But it seems as if he also lost his licence as well, at least until the court date.

It wasn't a great weekend for Alexis Sanchez.

His Chile team lost and he had his driving license taken off him.https://t.co/w1tAPVhSGm pic.twitter.com/V9dgzikEf2

Links are being drawn between Alexis and international teammate, Arturo Vidal. Vidal was given a two-year driving ban because of an incident during the 2015 Copa America. The midfielder crashed his Ferrari when out and about on a night off.

This is not the first time Alexis’ driving has got him into trouble. In 2013 he was lucky to escape dying when he wrote off his car after he lost control of it. 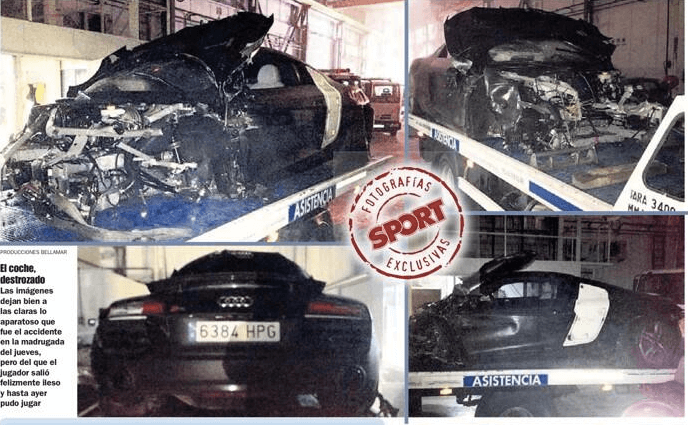 After this horror smash, reports in Spain claimed he simply left his car where it lay in the middle of the street and went home with a friend.

Speaking to Arsenal player, Alexis recently said, “I wanted to be a professional footballer from when I was small.

“My mental approach was always to win and to go as far as possible playing football.

“I was always playing in tournaments and initially I played in goal. I was happy as long as I was playing football. I played with older people all the time – many of whom I really liked.

“[I played] in the street, but we also used to go to the local jail to play. We played with the people there on a dirt pitch, and I played in goal.”