Try and pick Arsene Wenger’s team for this game, I bet you can’t do it.

It’s near impossible to know who he will start, so let’s start with the only things we do know and work from there.

David Ospina will stay in goal. Not only did his performance against Bayern warrant him keeping his place, he’s this year’s cup keeper.

In front of him we know that Laurent Koscielny will not be involved. We can only hope that’s the case for Gabriel.

Beyond that, who knows?

Will Bellerin keep his place or will we see Ainsley Maitland-Niles there? Will Nacho replace Gibbs?

Who will start in midfield? Francis Coquelin shouldn’t, but he might. Elneny deserves a run, but the Ox deserves to keep his place. Granit Xhaka is free from domestic suspension.

Up front, we know that Danny Welbeck will not be involved after he turned out for the u23s on Sunday. That’s most likely a nod to the artificial pitch at Gander Green Lane than anything else.

Is Lucas fit again? If so, is he fit to start? Will Giroud get his first start since Burnley? Will Wenger play Mesut Ozil and Alexis Sanchez? Walcott? Iwobi? Jeff? So much choice.

Will he look to make a statement or approach this as he would under ‘normal’ circumstances? (you know it’s likely going to be the latter).

With a quarter final at stake and the next game not until 4 March, here’s how I think we will/should line up. Confidence level with this is around 15%. 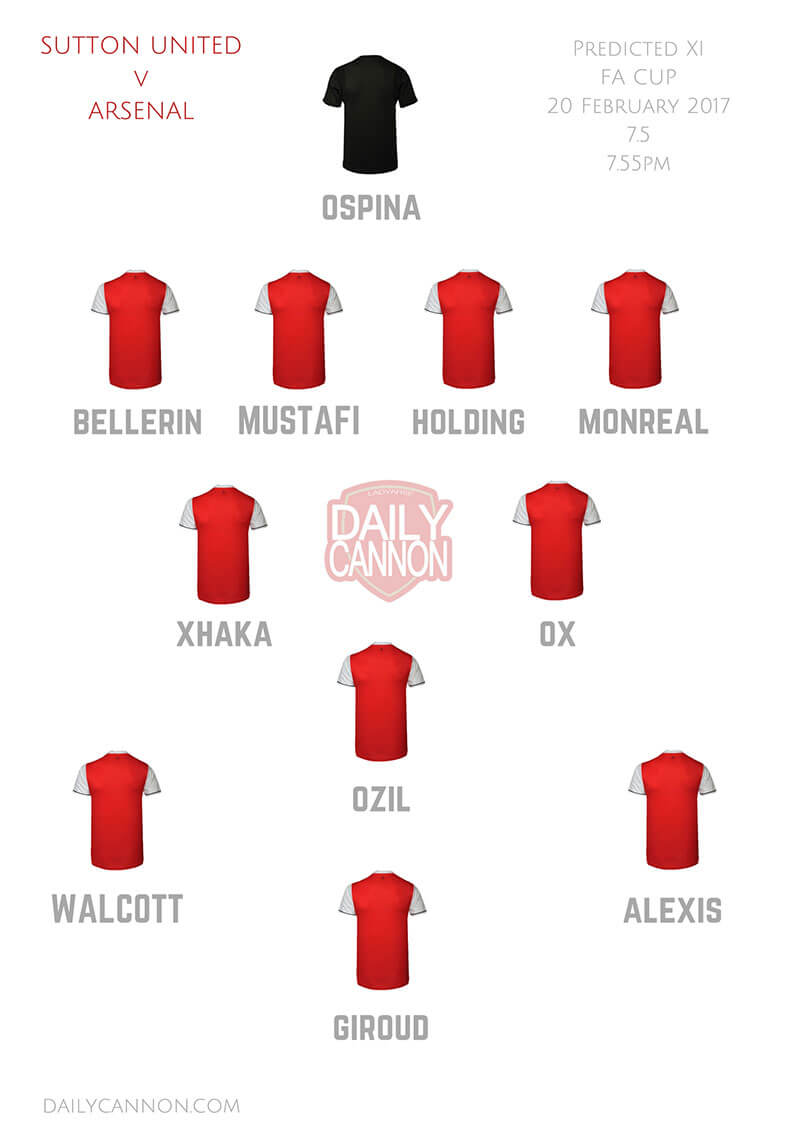