After missing out on our Premier League clashes against Crystal Palace and Bournemouth because he had the ‘flu, Mesut Ozil returned to his rightful place in Arsenal’s starting lineup against Swansea.

The midfielder got quietly back to business, putting in the third most passes overall and most passes in the attacking third.

The German international attempted 73 passes, 62 of which were successful, putting him just behind Granit Xhaka (72/77) and Skodran Mustafi (65/74). 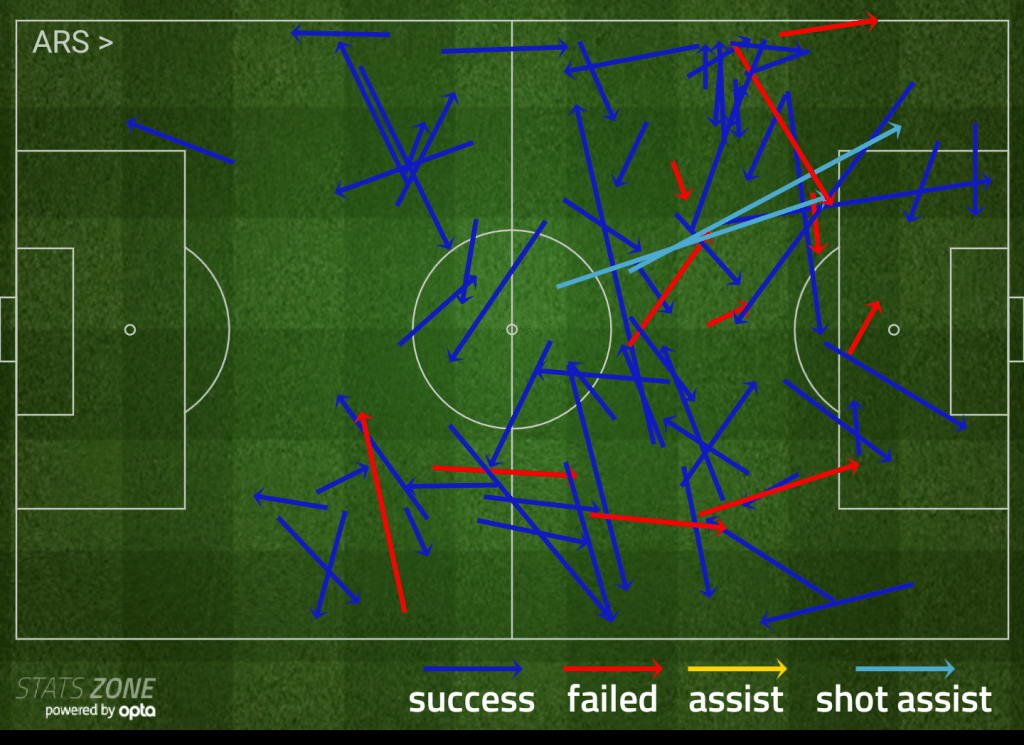 In the final third, however, Ozil was second (or third) to no one, completing 27/36. 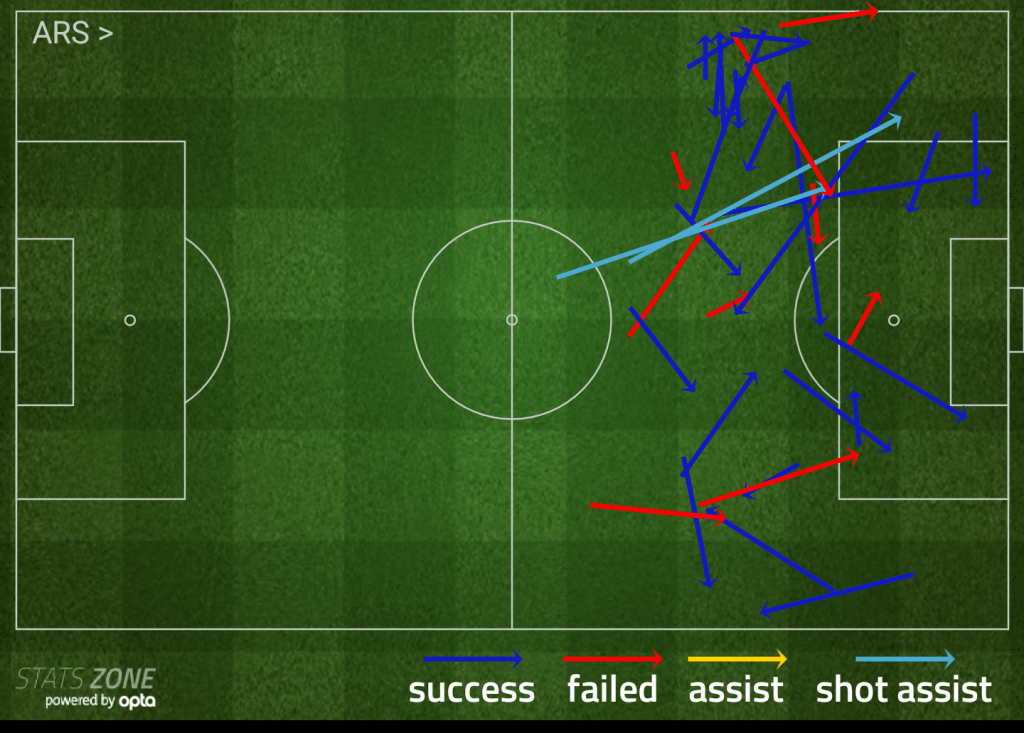 What’s clear from the playmaker’s pass map is that he doesn’t just stick to one area of the pitch. He’s everywhere without anyone realising. Like some sort of football ninja.

Also, unlike the pass map of someone like Alexis Sanchez, in which all the passes are forward, Ozil drives play in a different way, picking the lock, looking for a player in space before the player even realises that’s what he’s doing. He operates on a completely different level to everyone else.

On top of his passes, Ozil created the ‘most’ chances – two – the same as Alexis and Alex Iwobi. And he also won the most ball recoveries – 11 – ahead of Swansea’s Ki and Alfie Mawson, which is pretty interesting.

Ozil’s only just returned from a few weeks on the sidelines recovering from the flu, which completely saps your strength and leaves you unable to do just about anything. Therefore, these stats from the German are actually pretty impressive considering what he’s returning from. It’s not as if he had a minor injury where he could still work other body parts, his body would have been completely stripped of energy.

I have no doubt that the playmaker, who’s scored five and assisted four in the Premier League so far this season, will be back to normal given a few more games.