Yet another player on the list of great buys for Arsene Wenger? Yes, definitely!

Yes, we all know it and have to admit it, Olivier Giroud can be frustrating! He misses sitters, he gets silly red cards and he can be slow, but he has been one of our best players this season.

Shockingly, it all happened after he was “dropped” to a position he was initially bought for – second striker. We can all probably agree there’s no better substitution striker in the Europe at the moment – and stats prove it.

I won’t talk about his tough journey through lower French leagues to the top of European football – we all know the story. Let’s focus on today, and what Giroud does for Arsenal this season. He didn’t let sitting on the bench get the best of him, he worked hard and used his chances, which led him to being the most prolific striker in Europe at the moment.

No, I’m not exaggerating.

Not only that, he now needs way fewer shots to score those goals. He scored 7 goals from 11 shots on target this season in the league, 12 from 17 in all competitions. Yet, he still manages to p**s me off with some of his misses in every match.

His goals are mostly headers, thanks to his height and aerial ability. No other player in the Premier League has scored more headers than he has since joining Arsenal.

Many Arsenal fans still insist on keeping him on the bench and subbing him on as a game changer, but Giroud has been great when he started as well. In fact, he scored in every single league match he has started since April last year.

Even the biggest haters need to step away from him now and admire his form at the moment.

And, let’s not forget it, he does all of this while looking sexy as hell. 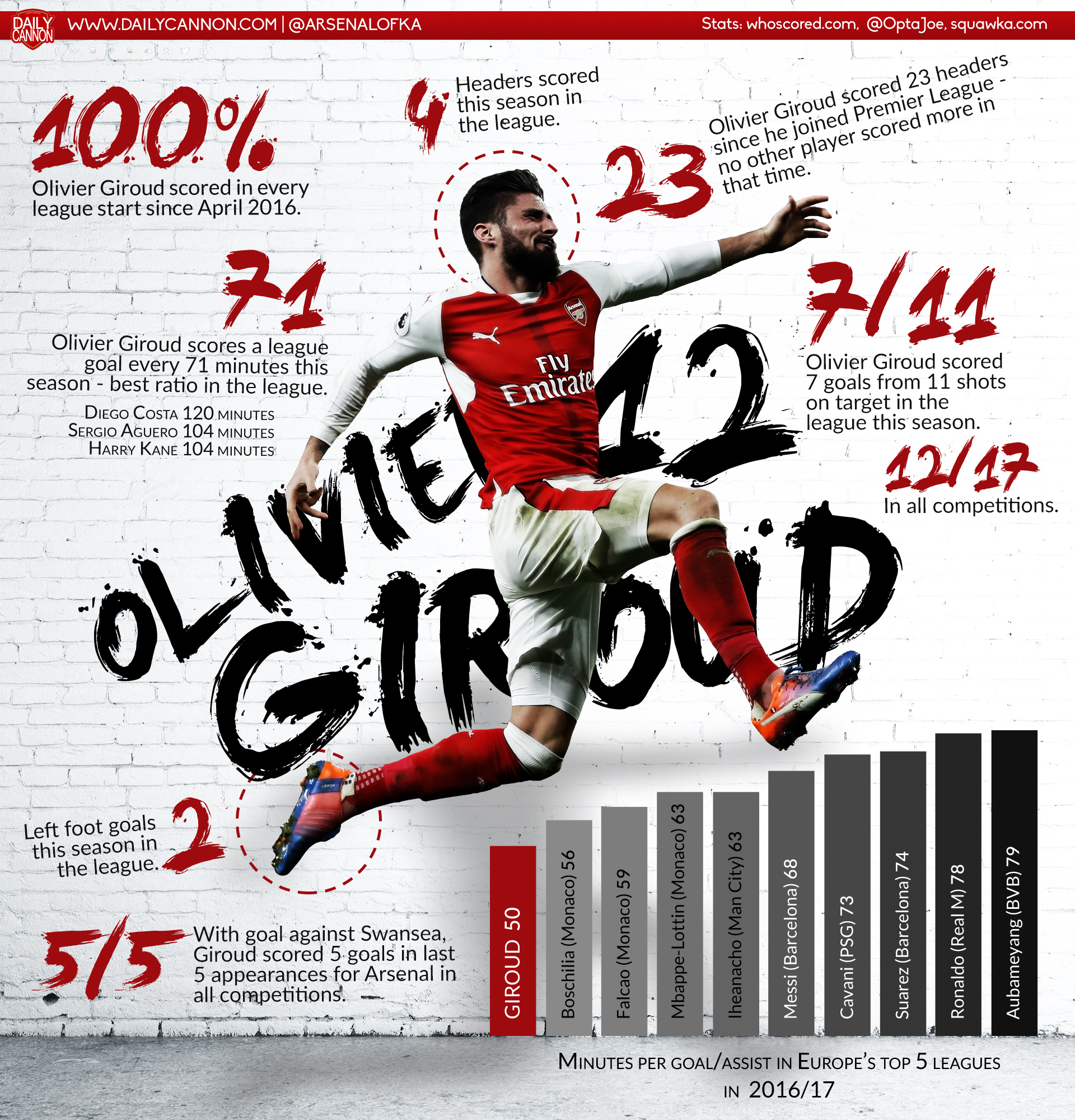