As a centreback, it’s somewhat unusual that Shkodran Mustafi consistently completes the most passes of anyone on the pitch.

However, against Swansea, despite not quite making the top spot by the full time whistle, the German international was second in most successful passes, completing 65/74 – that’s more than Mesut Ozil (62/73) and almost as many as our midfield metronome, Granit Xhaka (72/77). 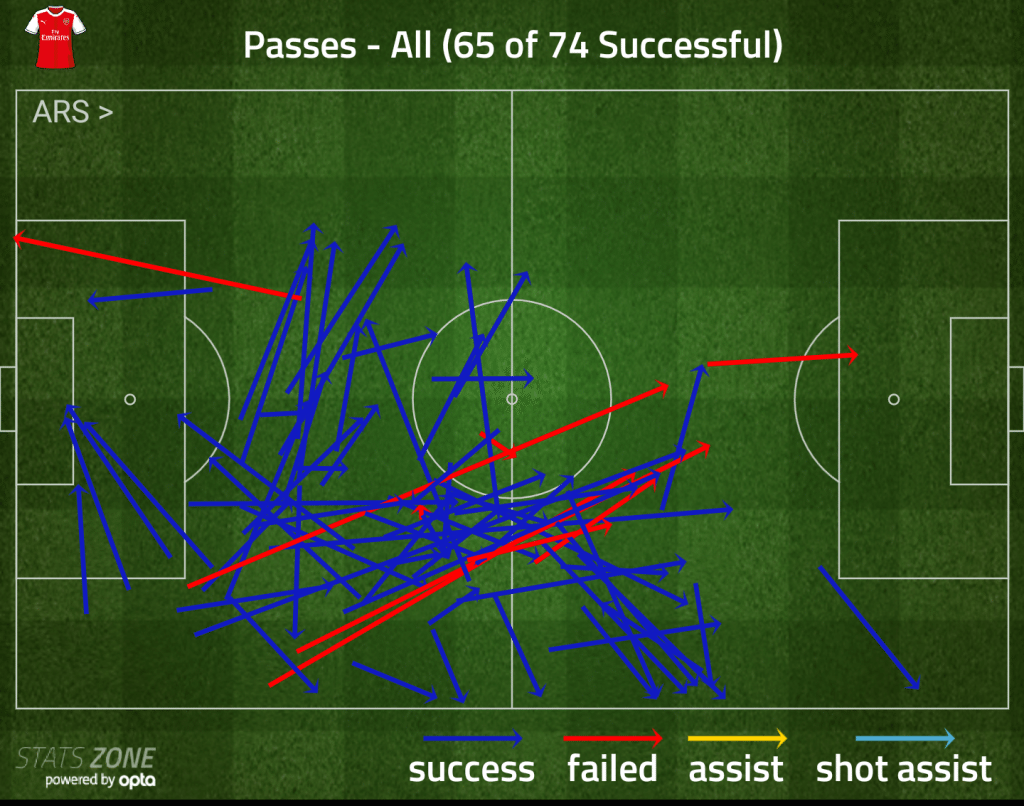 It’s good to see Arsenal have another commanding defender next to Laurent Koscielny.

Although Mustafi is far from perfect, he’s definitely been a breath of fresh air since he signed from Valencia in the summer and actually completed the most successful passes in the first half (43/50). He’s now made 14 appearances in the Premier League and looks set to remain in the starting XI, despite only returning from a hamstring injury recently.

According to Squawka, he’s only made one defensive error in all these appearances. He has 83% pass accuracy and makes eight defensive contributions on average per game. To put this into perspective, Kos’s is 87% and makes 10. So, Mustafi isn’t quite on Kos’s level (who is?) but he’s getting there and considering he’s 24 and Kos is 31, he’s got a long way to go. I’m sure within the next six years, should he remain at Arsenal, we’ll see the centreback go from strength to strength.

Elsewhere, Mustafi made the fourth highest amount of ball recoveries – seven – and made five interceptions, the most along with Nacho Monreal, but only won one out of the two tackles he attempted.

He successfully cleared the ball twice, although Kos was top with 9/9, and won one out of three aerial duels, only committing two fouls.

Overall, not a bad display from the defender against Swansea and, considering we won by four goals and kept a clean sheet, not a bad day at the office overall.

How Arsenal saved their season in 20 minutes

What could have been: Why Arsenal could only draw with Benfica

How Mikel Arteta’s subs almost messed up his excellent gameplan

Chelsea’s #10 had trial at Arsenal