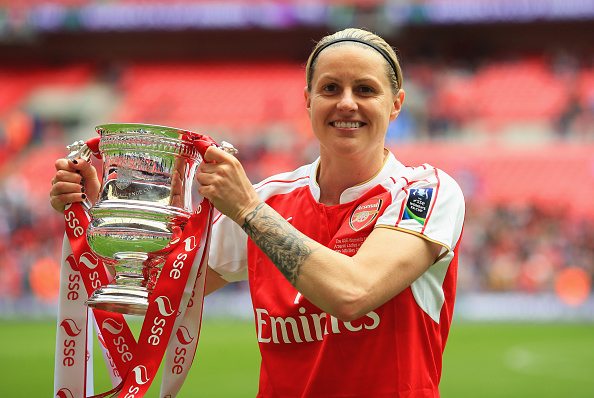 The Arsenal Ladies v Kelly Smith All Star XI will be played on 19th of February at Borehamwood FC with a 2pm kick-off and according to Arsenal.com, the tickets are only on sale online.

“Please note that this game will be digital sale only. Tickets are not available from the box office and there will be no ‘pay on the day’ at Meadow Park.”

This is a bizarre move, because not all fans have internet access and certain regulars at the Ladies game definitely do not have it. It also prevents “casual fans” who prefer to come and pay at the gate to attend the game and pay their respects to a world-class player like Kelly.
Now, the only reason I can see for the exclusive online sale for the game is controlling the number of tickets on sale. Borehamwood is a small ground with a 1,700 seating and a total capacity of 4,500.
The only time I saw Meadow Park being busy was back in 2007 for the UEFA Women’s Cup final against UMEA when more that 3,500 turned up and it was packed to the rafters.
I would not be surprised if this game ends up as a sell-out, although there is a strong suspicion that a good number of fans will not come to the game should the men’s team play an FA Cup game on the day – more poor planning from the club, if that happens.
The ticketing link is here with prices as follows :

Price: £6 for adults and £3 for concessions*