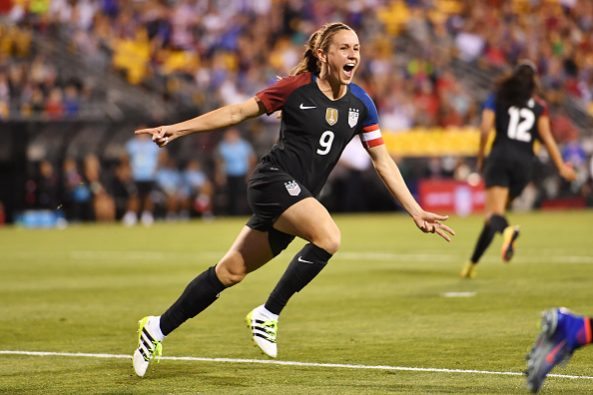 As previously announced Heather O’Reilly will sign for the Arsenal Ladies and will stay for the Spring Series.

Although it is supposed to be a short-term contract, there might be some clauses similar to the Alex Morgan signed with Lyon as per Dan Lauletta.

I now have independent confirmation that Heather O'Reilly is heading to Arsenal. Due back in June, but could be options in contract #NWSL

To be honest, it makes little sense to sign her from January to June only in terms of team building.

Her crossing quality and drive are there for all to see but to have them for such a short time is quite puzzling.

Crystal Dunn, the US WNT forward, has signed for Chelsea until 2018 and will not go back to the NWSL between the Spring Series and the 2017/18 season start for example.

There is no doubt that the club needs a right-winger as noone replaced Gemma Davison when she left at the end of the 2013 season. The club has used many centre forwards through the years on the right-wing like Danielle Carter, Asisat Oshoala, Natalia Sanchon or a midfielder like Jordan Nobbs. Those experiments were not always successful.

So having HAO for six months and then watching her go back to FC Kansas City for good would be a strange decision on the football side.

The only way it would make sense is if Arsenal had actually lined up another winger to be signed in the next transfer window in June.

Unlike Alex Morgan to Lyon, HAO to Arsenal does not have a great marketing value as the club does not need promotion on the US market as seen in the recent successful tours.

So, a short term fix from a long term football problem seems a unusual situation.

There is no doubt that Jodie Taylor or Danielle Carter will enjoy her quality passing and runs.

They will score goals from those assists but the question remains why for such a short time?