Champions League time and the final group game leaves us knowing we need PSG to do us a favour in order to top the group.

Assuming we don’t Arsenal things up in Switzerland, of course.

That being said, we all know how strong a number of the second-placed teams are, winning the group could well be so overrated this year as to render it irrelevant.

So how will Wenger lineup for a game he tells us he wants to win, will actually want to win, but will probably not be that bothered with if we don’t? Will he take the chance to rest some players, like Alexis?

Don’t be so daft.

As always, the main problem with predicting an Arsenal starting lineup is deciding on a midfield pairing.

Xhaka has earned another start and given that it’s against his old side and his brother’s current one, we could well see sentiment override Wenger’s inclination to pop him back on the bench. Coquelin’s suspension makes things somewhat easier. Giroud is in the squad, but I’d expect him to be on the bench.

In Basel. Wenger says strong squad has travelled over from London. "We want to win the game and do our job."

Nacho started and played well against West Ham at the weekend, but we could give him another rest. I have Jenks back in the side as the game is away from home, so he won’t be able to read tweets while he plays due to his data restrictions. 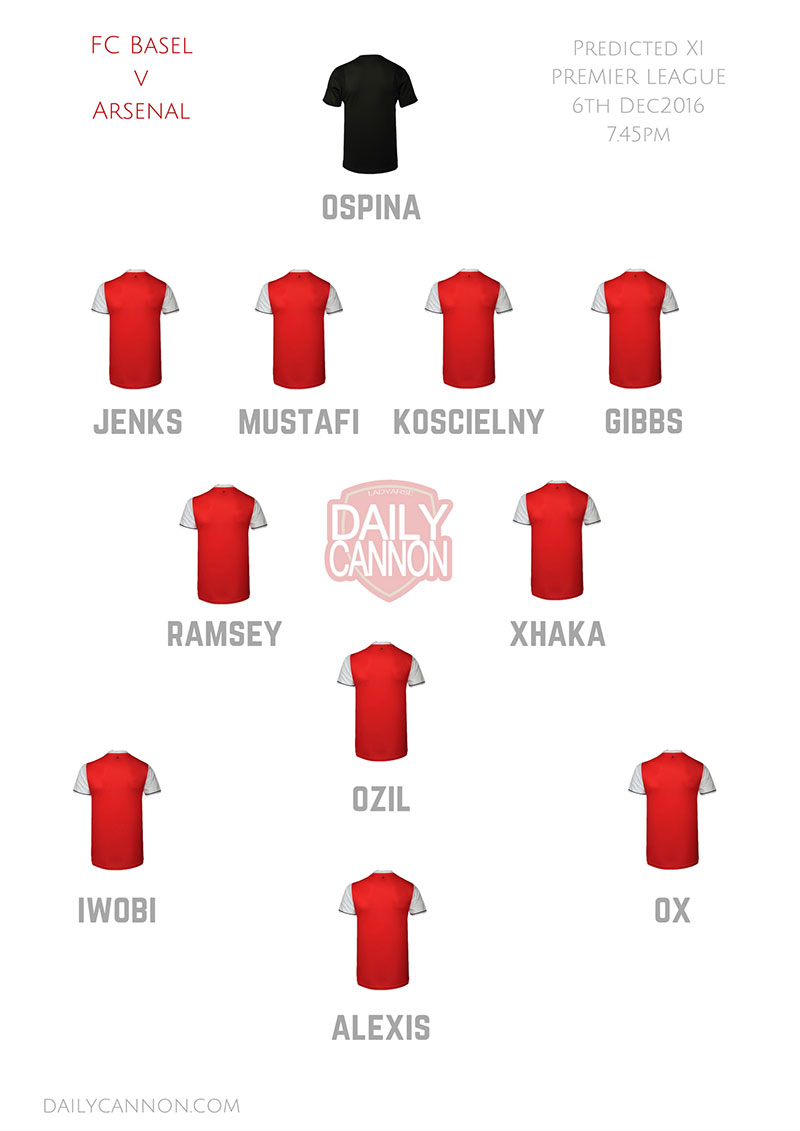