Granit Xhaka finally got a start for Arsenal and he used it to run, pass, tackle, and recover the ball more than any other player.

In what was an impressive performance from the Swiss, the midfielder, paired alongside Mohamed Elneny, ran an incredibly impressive 12.24km (7.6miles)

He was also the top passer in the Arsenal side, completing 47 of his 52 attempted passes: 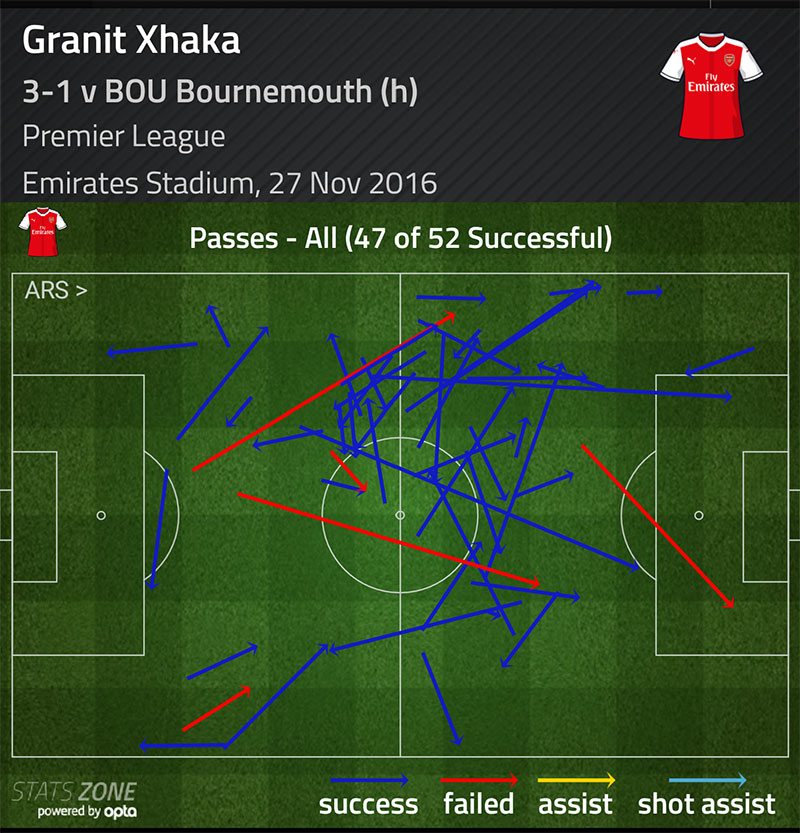 He won the ball back more than any other player on the pitch, five more than his closest challengers, Simon Francis and Shkodran Mustafi: 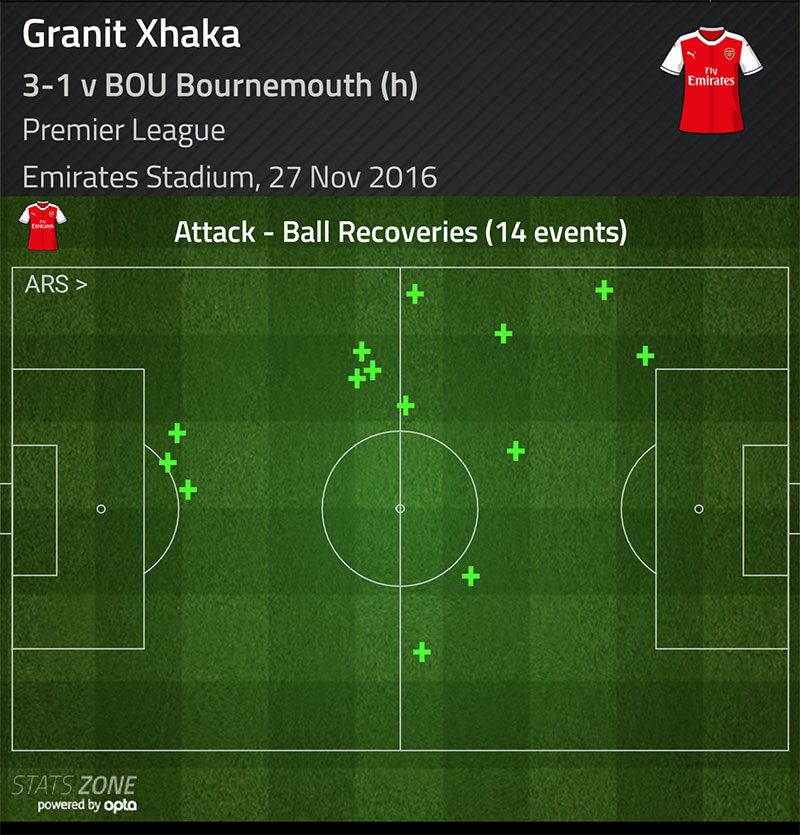 Xhaka also made more successful tackles than any one from either side, winning 9 of his 11 attempted: 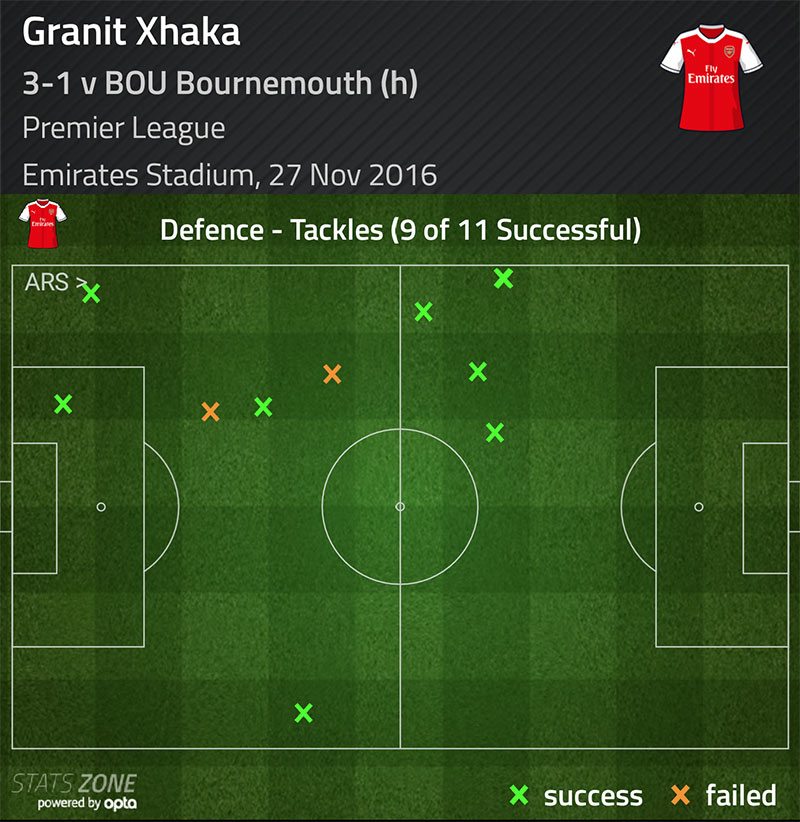 Can’t wait to see him start again sometime in January.

Despite all this, Arsenal ‘expert’ John Cross, gave Granit Xhaka a 5 – one more than he gave Debuchy who lasted 14 minutes.