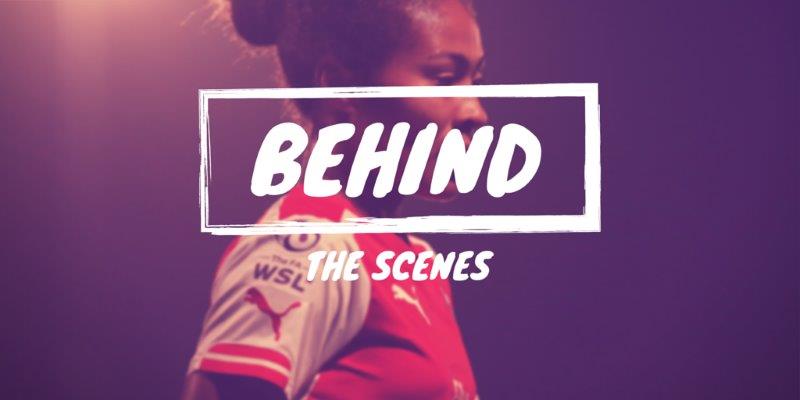 Arsenal Ladies organised an open training session for members of the official supporters group ASC and the players’ sponsors on Saturday, 8 October.

The session took place at London Colney on a cold and grey day and had the following elements:

A classical warm-up, then a possession drill and, to finish, the classical crowd pleasing intra-squad scrimmage 11v11.

Sari Van Veenendaal and Emma Byrne trained separately and then came in for the two halves mini-match.

It was good to see Jodie Taylor train, as well as Rachel Yankey, who has not been named yet in a matchday squad.

It felt curious to see Yanks do the full session in the left back position.

Emma Mitchell entertained the crowd by miskicking the ball with her standing foot and falling over it.

Josie Henning impressed with her winning mentality and her constant demand for high standard shouting at her midfield for being out of position in a defensive phase. They got caught in transition with no-one covering and she made it clear she was not happy.

The session lasted an hour and 10 minutes, before the players came to meet the fans and get pictures taken and sign autographs.

Pedro Losa was kind enough to take a few questions following the session, talking about recovery for the injured players.

He is also spoke about how the players are proud to play for the fans and explained the first training drill with two teams and two extra players down the middle.

All in all, it was a very enjoyable morning, well organised by the Arsenal Ladies and the official supporters club.