There wasn’t much to cheer about in Arsenal’s game against PSG but they somehow managed to get themselves a draw and Mustafi stood out once again with his passing ability.

After his debut against Southampton we had a look at whether or not he lived up to his billing as a ball-playing centreback. He certainly did.

So as soon as the whistle blew in Paris, I pulled out Statszone to see what sort of numbers he’d managed to rack up against PSG.

The number one pass combination in the Arsenal side was Hector to Musti (that’s what I’m calling him now). 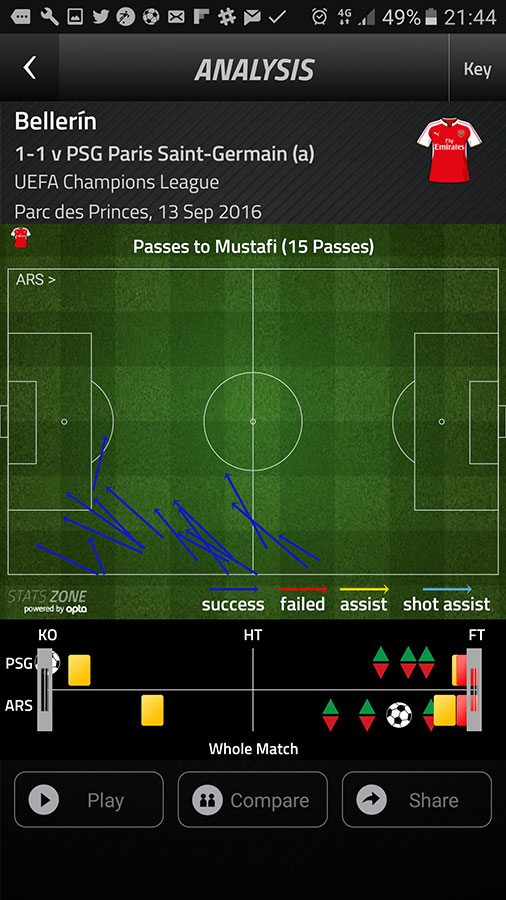 The second highest was from Musti to Santi. 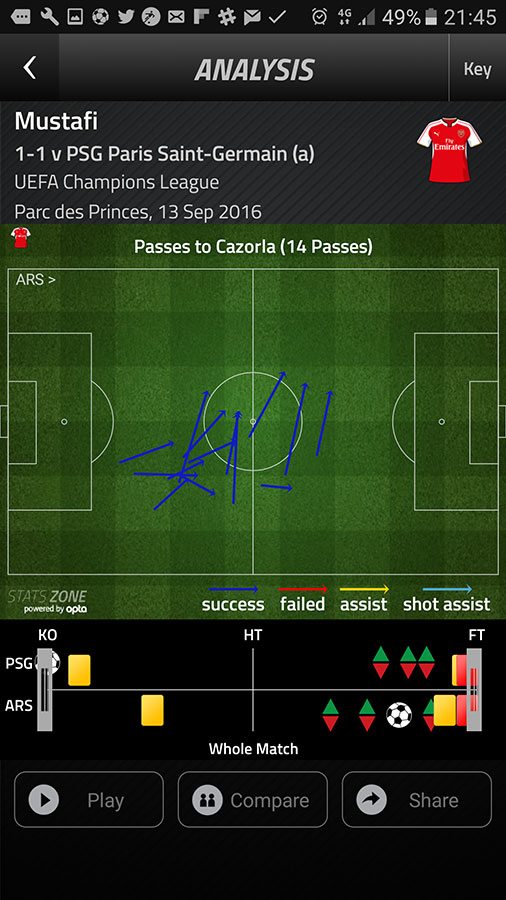 Only one player on the Arsenal side outpassed him.

And that was Santi Cazorla.

He was fourth overall (both sides). 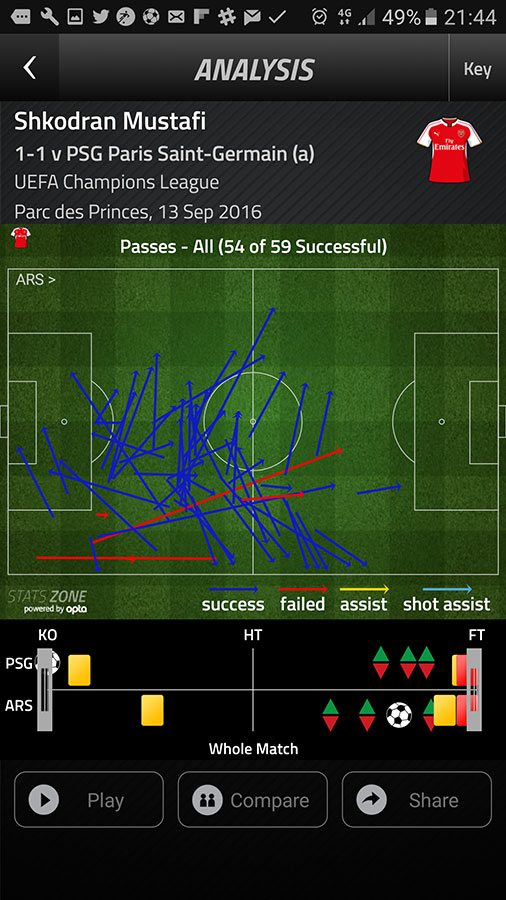