Arsenal’s game against PSG was annoying in it’s predictability.

I’m not sure what Arsene says to the team before the match and what he says at half-time but if he started giving his halftime team talk before the game started, we might not have to go through this nonsense all the time.

Anyway. After what was a tough first half, one that resulted in Ian Wright saying he should be taken off, Santi stepped up just as he had done against Southampton at the weekend, and grabbed the team by the scruff and dragged them to an undeserved point.

Only one player had better passing stats on Tuesday night than the tiny Spaniard – Marco Veratti (75/87 v 73/81).

That’s some going for a game which saw Arsenal largely outworked, played, passed and manoeuvred. And they weren’t even all that good.

Here’s all of Santi’s magic, in one handy little graphic: 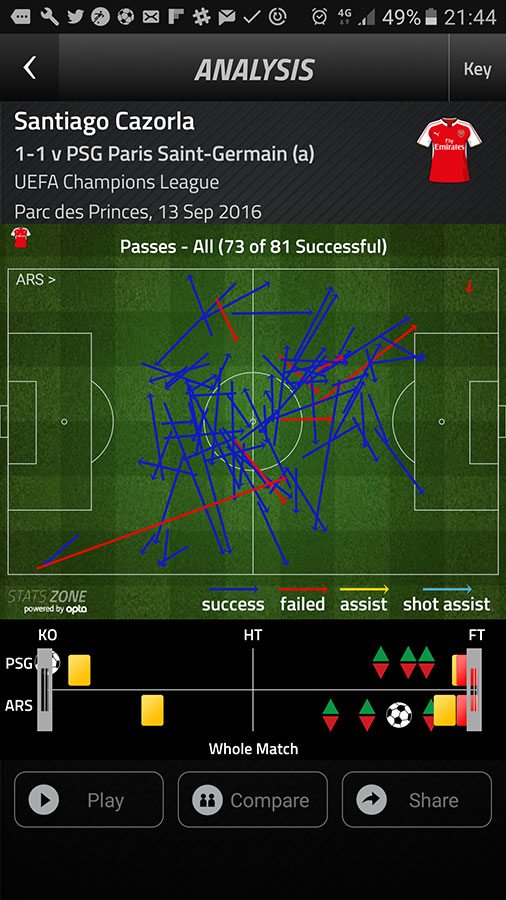 Emile Smith Rowe’s goal involvement rate is quite something