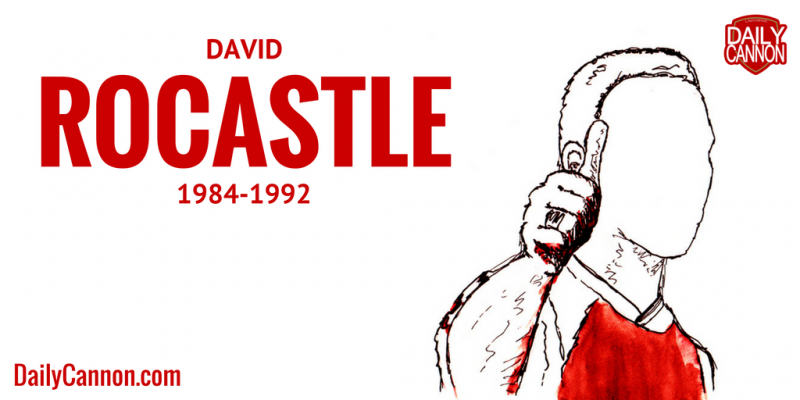 When I was a kid, the first Arsenal poster on my wall was an illustration of David Rocastle.

When I was a boy playing football in the park, whether it was those full on 13-a-sides I used to love so much, or just endless games of “three and in” with friends, the player I imagined myself as was David “Rocky” Rocastle.

Ultimately, it was through Rocastle, that I really fell in love with the Arsenal. Which, I suppose, is a little ironic because Rocky’s combination of skill, strength, subtlety and imagination was fairly unique in George Graham’s Arsenal teams. Then again, even the greatest of teams have one player that stands out from the crowd. Barcelona have Messi and ten years ago, we had Thierry Henry.

Twenty five years ago, we had David Rocastle.

Listen as we relive Rocastle’s Arsenal career with exclusive soundbites from Ian Wright while other former Arsenal players reveal what they truly felt about the great man.

Episode 335: Arsenal ‘All or Nothing’ review and season preview