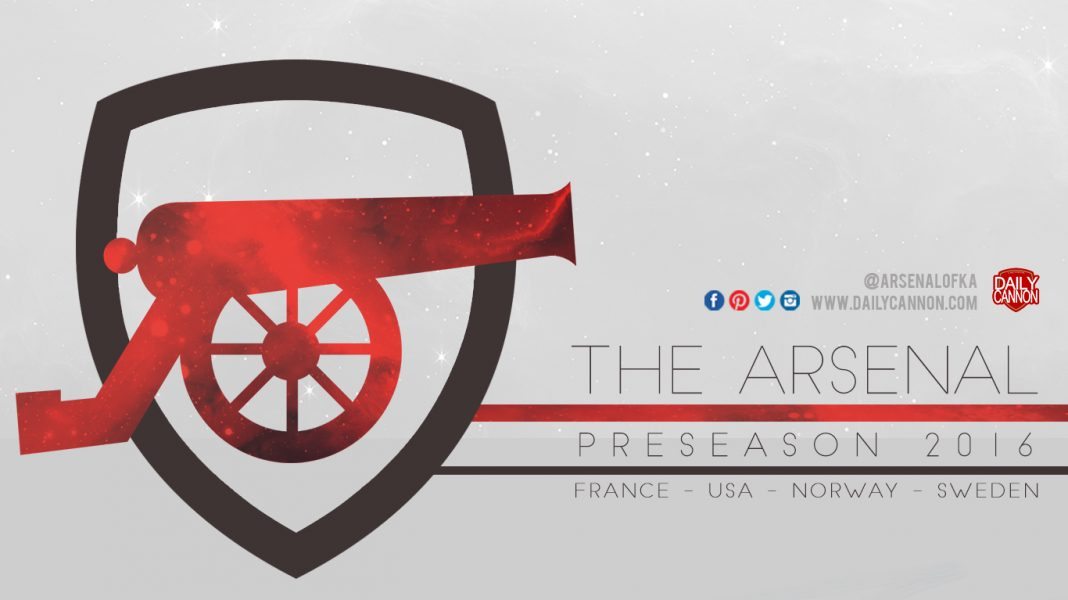 Can you believe it’s already time for preseason?

Yep, mid July, a month till the start of Premier League, and teams are starting to prepare for the new season.

Arsenal, like many big clubs, still don’t have their best players due to Euros and Copa America. Giroud, Koscielny, Özil, Ramsey, Alexis – all of them won’t be back until just before the start of the new season, the last one possibly even later due to ankle injury.

But, we do have a decent squad for preseason. Wilshere, Cech, Bellerin and Xhaka are training with the team, along with those who didn’t play in any major tournaments but are expected to start most matches. Monreal, Cazorla, Mertesacker, Walcott, Ox and others will have five friendly matches to fight for a starting 11 place in first match of the season, against Liverpool.

Unlike last season, there’s no Emirates Cup (due to pitch renovations) and no trip to Asia. The Gunners have a few matches in Europe and United States of America.

The first one, not counting the annual match against Boreham Wood where Arsenal used Academy players and lost 3-0, is on Friday 22nd in Lens, France.

After that, Arsenal are boarding the plane to sunny California. There, we play the MLS All Star team in Los Angeles which will surely be a decent test. We’ll probably get to see new away kit as well – rumoured release date is 30th July.

There’s one more match in the USA, against Mexican team Chivas de Guadalajara. I don’t know much about them but the Daily Cannon team will have all the match news for you.

From hot California to Scandinavia. Just before the start of the new season, Arsenal will play two matches in Norway and Sweden. First one is against Norway team Viking FK (what a cool name).

The last preseason match is also the toughest – against Pep’s Manchester City in Gotheburg, Sweden. This fixture will show what the team is capable of and it’s possible we will see a glimpse of starting 11 that will face Liverpool just a few days later.

We have to remember all these are friendly matches, their main purpose is to try random players and combinations and get players up to match fitness. It’s frustrating that we don’t have all players available but what can you do?

And who knows, maybe if we do sign someone before the start of the new season it will make these matches even more interesting.

All times on the infographic are London time. 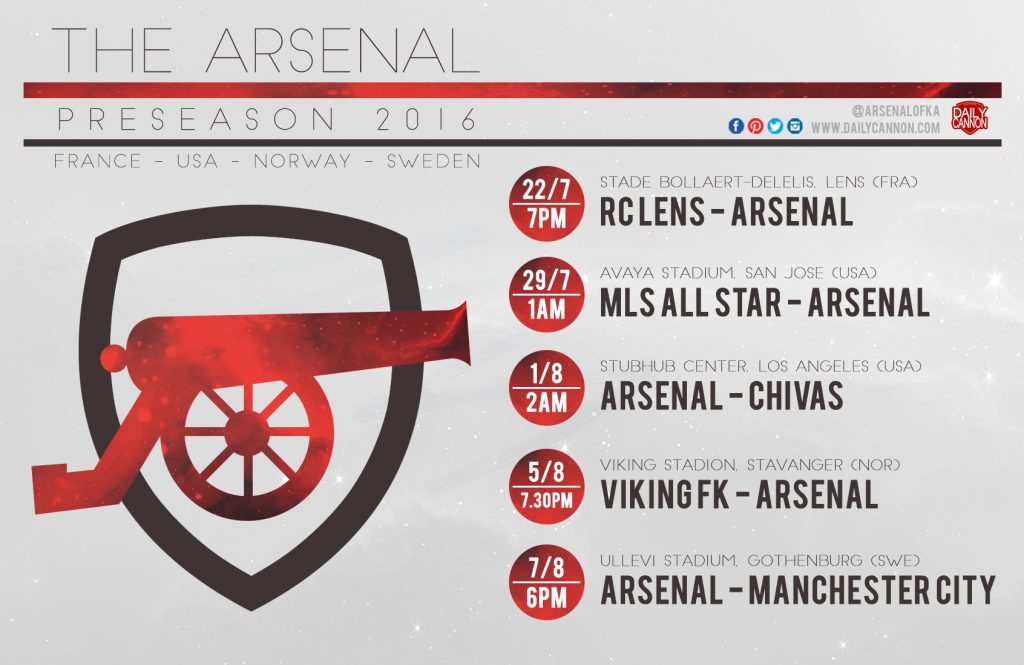