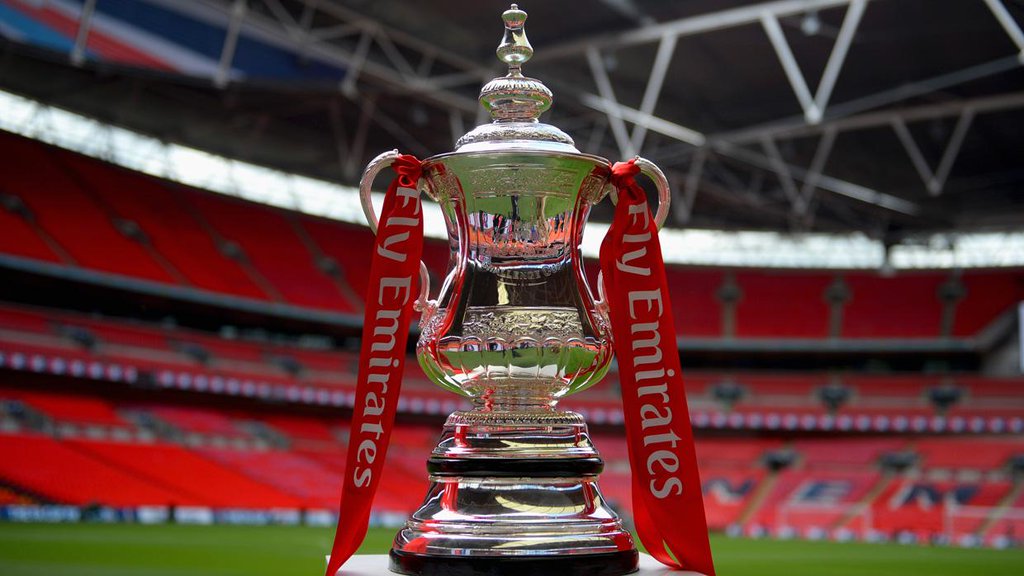 Manchester United drew level with Arsenal as FA Cup Kings with their Wembley win over Crystal Palace on Saturday.

The Gunners picked up their 12th FA Cup win last season, moving them one clear of United who had 11 trophies in their cabinet, but this win means the two teams now share the ‘accolade’.

United had lost their last two FA Cup finals, including the 2005 final against Arsenal in which they dominated for the entire match only to see Arsenal rob them on penalties with Patrick Vieira’s last kick for the club. Fun times.

The first half on Saturday ended goalless, although Crystal Palace were right to feel robbed.

Connor Wickham had a goal ruled out after Mark Clattenburg blew his whistle when the Palace man was fouled by Chris Smalling. Without giving the play any time to develop, Clattenburg blew even though Wickham regained his feet quickly and went on to score.

An argument can also be made that he was denied a goalscoring opportunity given that he did, in fact, go on to face David de Gea one-on-one and slot the ball past him.

I’ve seen Arsenal players sent off for less obvious ‘last man’ challenges (even though the rule says nothing about ‘last man’).

The second half offered more by way of chances, but in reality the quality of football was not good and both sides struggled to carve out clear-cut ones. Somehow, though, United managed to hit the woodwork twice, but the deadlock remained.

With 78 minutes on the clock, Jason Puncheon, who had started the game on the bench, changed it all. Taking a great touch from a diagonal, he slammed the ball home past de Gea at his near post. It was an unstoppable effort.

That fired up United and they were level just two minutes later. Wayne Rooney powered through the midfield with Palace seemingly unable to stop him. His dinked cross was knocked down by Fellaini (sound familiar?) and Mata was on hand to slot it home.

We finally had a cup final with just 10 minutes of normal time remaining.

The first period passed by largely without note until Chris Smalling got himself sent off for a second yellow in injury time. Palace had 15 minutes against 10 men, while United had Wayne Rooney on a yellow and doing his best to get off the pitch early as well.

Despite their disadvantage, United took the lead with 10 remaining of injury time. Jesse Lingard, himself on as a sub, hit a quite beautiful effort on the volley after the ball ricocheted to him from Valencia’s cross.

As the clock ticked down, Palace could do nothing to claw United back and Louis van Gaal’s side won the FA Cup despite being horrendous all season.

Kinda makes me question our two wins, really, if this United side can win the FA Cup.