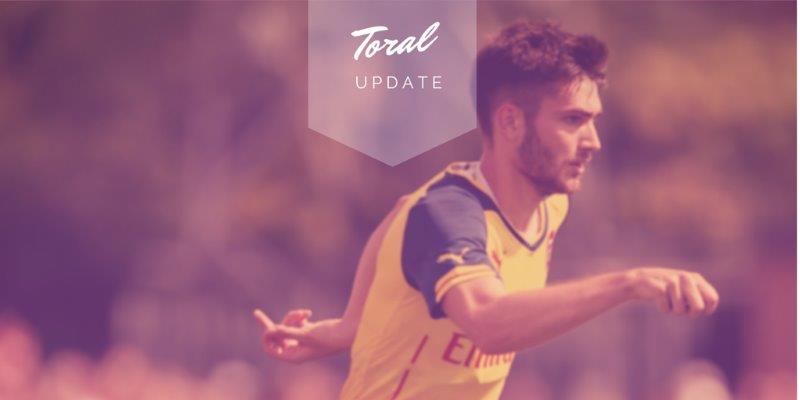 Jon Toral has capped off a great season out on loan by marrying his long-term girlfriend, Andrea Ocegueda.

The Spanish midfielder spent the season with Birmingham where he performed well for the majority of the season.

At this point, however, it’s not clear what the future lies for him in terms of Arsenal.

He seems to be out of contract this summer and it’s not yet clear if the Gunners will or have offered the player, who arrived at the club with Hector Bellerin, a new deal.

He was given a one-year extension last summer after Arsenal exercised an option in his contract when he impressed during his second loan spell with Brentford and he has spoken about his desire to make it as a Gunner.

Suffering from knee problems caused by a genetic defect that resulted in lax menisci in both knees that required multiple surgeries, Toral was injury-free for the whole season.