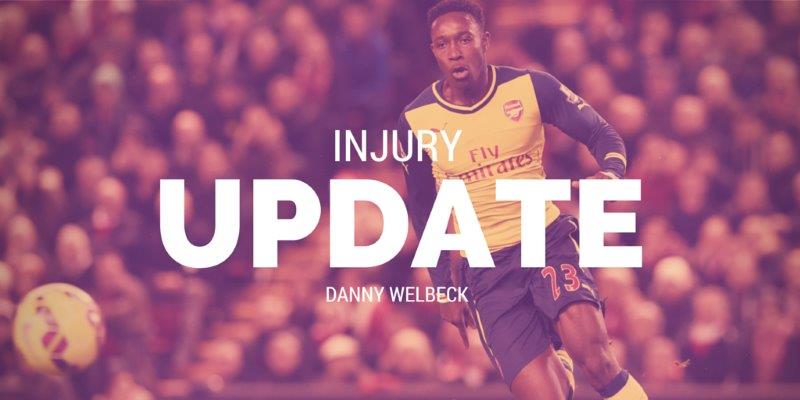 The Arsenal fanbase were rocked this week with the news that Danny Welbeck will spend the next nine months on the sidelines after wrecking his knee, so what exactly is his problem?

The injury, which was to his right knee and not the left one that had kept him out for 11 months, went against Manchester City and we all knew that it was not good by how Danny reacted on the pitch.

With Wenger saying after the match that it looked like it was the meniscus, we knew that surgery was going to come quickly as it usually does in these sorts of injuries but none of us were expecting to hear he’d be out for the guts of yet another year.

So why is that?

The purpose of the menisci are to help the knee absorb shock and protect the joint from damage. Twisting the knee forcefully with the foot planted is one of the most common ways of tearing the meniscus and often tears will heal by themselves however surgery is often recommended to fix or trim it.

Unfortunately, due to the way it is designed, the meniscii don’t receive a decent blood supply, with the centre of meniscus receiving no blood supply at all, so healing can be very slow. What that means is that in larger tears, such as the one we can assume Danny suffered, surgery is required as the middle would not have healed otherwise.

When it comes to the body, the knee is one of the most complex joints and football is one of many sports that places a heavy load on it. Injuries of this type come in two main categories – degenerative and traumatic, the latter being more common in football and other athletic settings and the type we can also assume Danny picked up.

Surgery these days is done via a keyhole so further trauma to the joint is minimised and it also helps reduce the chances of degenerative arthritis taking hold.

According to one Sports Medicine company, “The major goal of the rehabilitation program is to normalise walking, normalise pain-free range of motion, prevent muscle wastage and maintain cardiovascular fitness.  Rehabilitation after meniscus surgery should focus on early mobilisation of the knee joint and quadriceps and hamstring strength.

“Weight-bearing exercises should be added as directed by a sports medicine professional. Regardless of the form of surgery, rehabilitation usually includes walking, bending the legs, and doing exercises that stretch and build the leg muscles.

“Return to play after a meniscal injury is expected.  The timing is variable and depends on the injury, treatment and rehabilitation protocol. In many cases, return to sport can be as soon as two to three weeks or as long as six to eight weeks.”

Those ‘many cases’ clearly don’t take into account a player when he has ‘Arsenal DNA’.

Six to eight weeks…if only, eh?