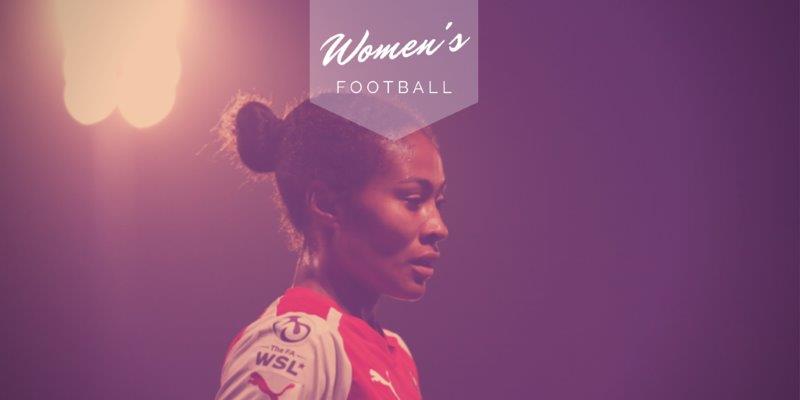 England Women’s Euro qualifier at home to Belgium ended up with a disappointing 1-1 draw.

Questions have to be asked about this result as it was very much unexpected.

Although it seems logical to keep the same players and tactics that did well against France, the context was different from the SheBelieves Cup. France was always going to attack England while Belgium were likely to wait and defend and hit on the break.

That 4-4-1-1 base was morphing into a funnel attacking shape that did not really threaten Belgium much. It was solid enough to keep Belgium at bay with Cayman and Wullaert very much isolated up front.

But attacking wise, the whole wings were left to the full-backs, Alex Scott and Greenwood, with the two ‘wingers’ tucking inside. That left a line of three in the central part of the pitch: Houghton, Stoney and Chapman. In front of them Nobbs was flanked by Williams and Stokes and up front Jill Scott was in behind Duggan.

It was very congested in the middle and made it quite easy for Belgium to defend as there was not enough attacking width.

I think the gameplan was to wear down the defense and use the gaps late in the game or alternatively score early and keep the shape as it is a mainly a solid defensive one.

Was this the correct response to going 1-0 down?

Yes indeed, although the forwards Carney, Davison and Aluko could have been introduced earlier in the second half.

Things improved a lot, many chances were created when wingers and creative players were introduced. With the Belgium defence being stretched and being properly attacked from all three areas, England found gaps to get behind it.

A deserved equaliser duly came via J. Scott and a winner could have been scored.

Square pegs in round holes

It looks like the players are being played in an unusual position with more or less success. Jill Scott in the nine-and-a-half position brought two goals in the last two qualifiers and is a clear success. Williams as a right winger and Nobbs as a defensive midfielder are puzzling choices.

Although Nobbs and Scott are too similar in their box-to-box profile, running from deep to play them on the same line. So it looks like a compromise to keep them both on the pitch.

Many players did not perform well as part of the 4-4-1-1, while things improved when England went 4-3-3. They might have been stifled by the organisation. Some of them have been performing well with their clubs while at least one player was consistent with her poor club performances.

The goalkeeper responsibility is engaged in the goal given away, but the coaching staff and also the TV pundits are very confident in her qualities.

The way I read the situation is the coaching staff has little faith in Chamberlain and Telford who are Bardsley’s understudies, otherwise they would have them competing for the shirt properly.

You can find enough kicking and handling errors in the last five years from the number one goalie to say she has been consistently doing those.

She has also made many excellent saves and is a good shot-stopper, so I guess the benefits of those outweigh the errors in the coach’s minds.

It will be interesting to see if Mark Sampson keep the same starting 11 and organisation for the away game in Bosnia. As a reminder, England only beat them by one goal to nil back in November on a rainy and windy day.