I sense a running theme.

After Nacho Monreal in August and Theo Walcott in September, Mesut Özil has dominated the Daily Cannon Arsenal player of the month award, winning in October, November, and now December.

Three huge months from the German have carried Arsenal to the top of the Premier League table and into the last 16 of the Champions League. After superb performances in October and November there’s been no letting up, and December has seen him continue in the same vein.

Starting against Sunderland, the German set up Joel Campbell to give Arsenal the lead in the 3-1 win. A few days later he was heavily involved in two of Olivier Giroud’s goals in Greece, putting the Gunners into the knockout rounds of Europe’s biggest competition.

The rest of the month saw four assists and a goal in four Premier League appearances. The only blemish was defeat at Southampton, where nobody had a good game.

Creating both goals against Manchester City – our biggest game of the season so far – nobody can question whether or not Özil is doing it against big teams this year. To top it all off, his performance against Bournemouth was close to flawless. Nine chances created in a single match, one dispatched by Gabriel before Özil himself but the icing on what has been another brilliant month. 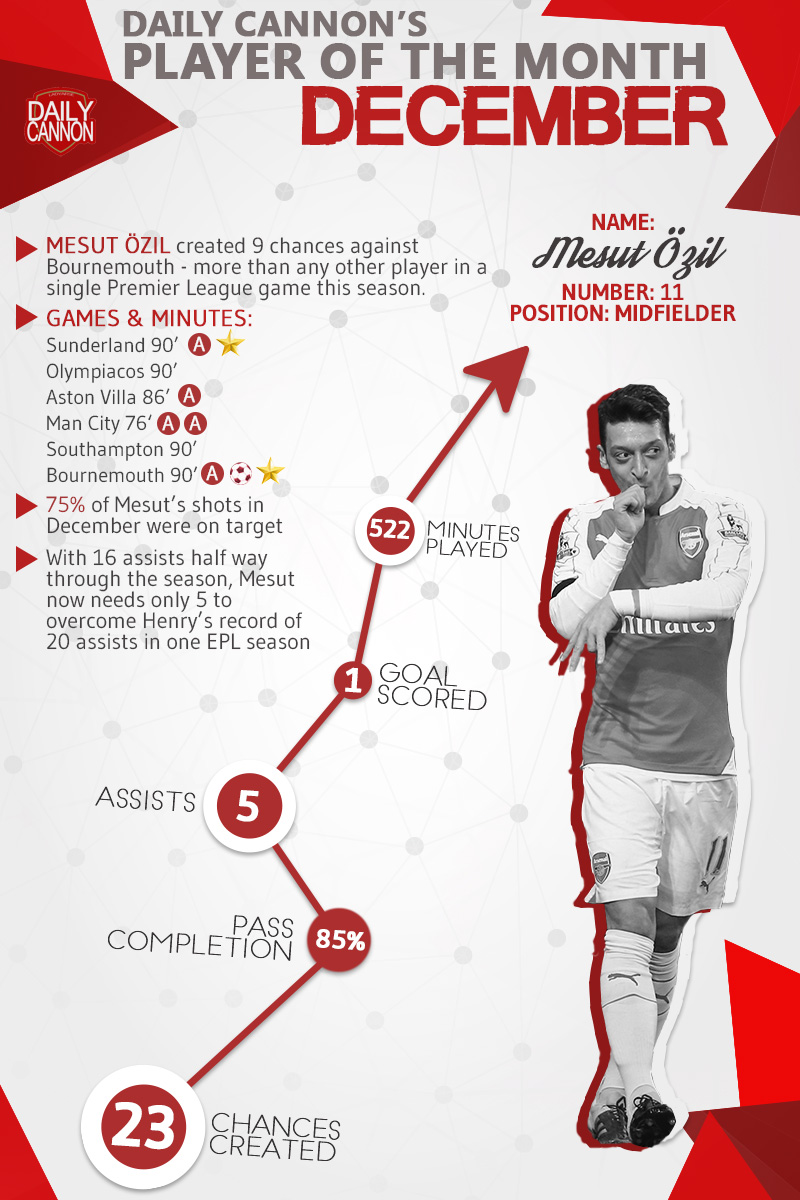