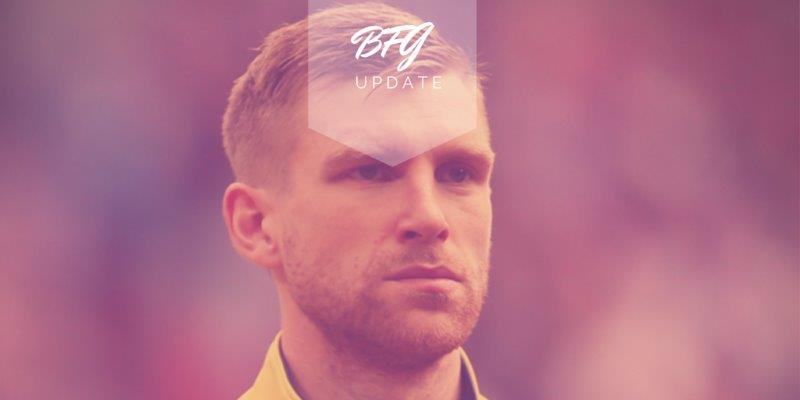 Per Mertesacker wasn’t at Saturday’s game against Chelsea, but had some strong words for the referee speaking on German TV.

The Arsenal vice-captain appeared on ZDF on Saturday night and, when asked about the game against Chelsea, didn’t hold back.

“First of all the Chelsea player has to be sent off,” Mertesacker said. “That’s the very first thing that needs to happen.

“He’s trying to do a lot (of provoking) and a bit of instinct (from the referee) is missing there. I don’t think that really exists in England, the referees don’t looking particularly good in that situation.”

Arsène Wenger was furious with there referee’s inability to control Diego Costa, but also accepted that Gabriel shouldn’t have reacted.

Mertesacker agreed that Gabriel didn’t react as one would hope, but thinks the Arsenal players could have done more to protect him. You can be certain that, had he been on the pitch, the German would have done everything to try and calm the Brazilian defender down.

“Nevertheless Gabriel mustn’t let this get to him, he has to be led away by his teammates as well. For that we have ourselves to blame.”

Arsenal badly missed Mertesacker’s calming influence in defence, but he has said he should return for Wednesday’s north London derby.

Thanks to @nessa1909 for help with the translation of Mertesacker’s full interview, which you can find here.