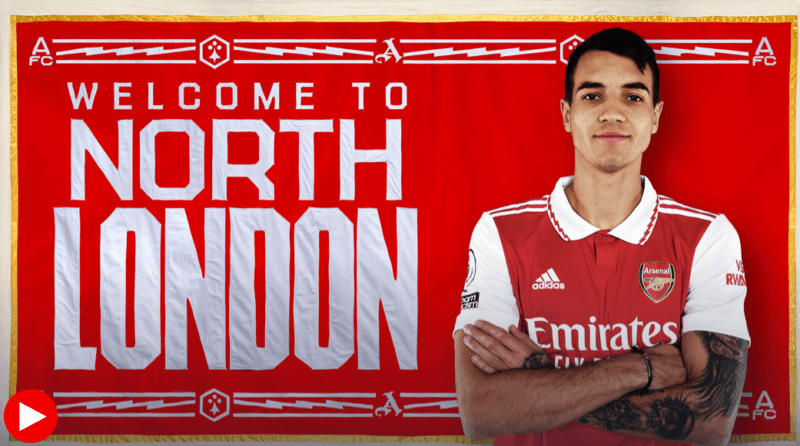 New signing Jakub Kiwior has a sell-on clause in his deal with Arsenal with Spezia Calcio set to receive 5% of a future sale.

But on top of the transfer fee, Spezia will also profit if Kiwior is sold before this contract is renewed, according to club director Eduardo Macia.

“We do have a percentage of the future sell-on fee for Kiwior, but it is reserved information, so I cannot say how much,” Macia said (via Football-Italia).

“Arsenal are one of the 10 most important clubs in the world, in the way they are run.

“Arsenal can sell generally to nine clubs, at the level of Manchester City and Bayern Munich, and we are ready to take our small part of that possibility.

“Now the future is in Jakub’s hands, the club and team are proud of this situation, everyone was happy and motivated, because now players know you can go from Spezia to Arsenal without any intermediary step.”

Macia may not have been able to reveal the exact percentage, but Matteo Moretto had already reported the previous day that there was a 5% clause in the deal.

The Spezia director’s confirmation of the existence of such a clause lends weight to Moretto’s claims.

Arsenal aren’t generally known for allowing sell-on clauses in their contracts, but a 5% sell-on isn’t a hugely significant proportion, and, if it helped get the deal done quickly and quietly then it was probably worth it.

Kiwior will now be looking to make a strong start at his new club to find success in north London and keep his transfer value heading in the right direction.

Declan Rice to cost around £80m