Arsenal have announced the signing of Gabriel Jesus in an exciting deal worth a reported £45m. 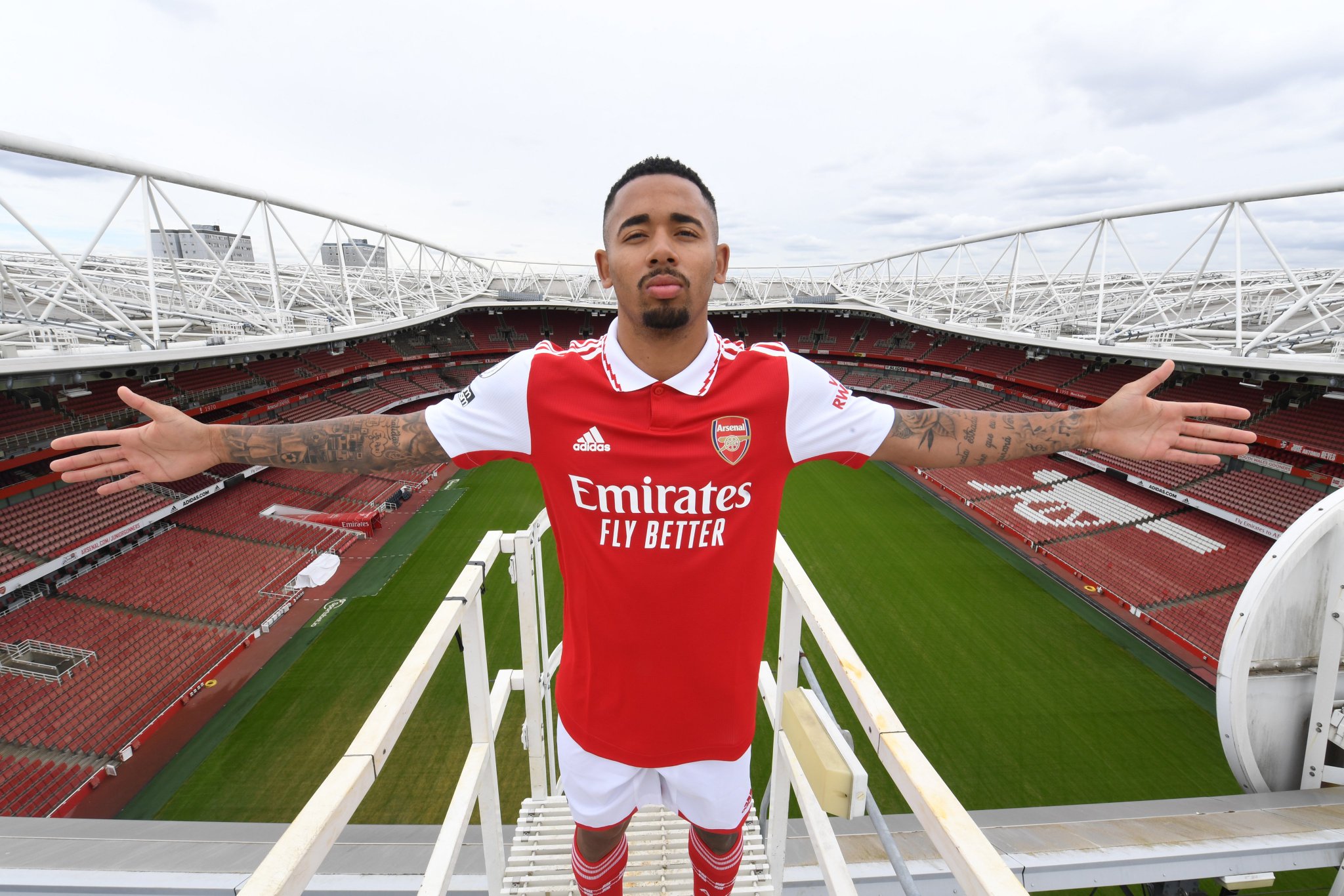 Arsenal have managed to fight off a number of suitors to land Gabriel Jesus, showing that putting in the hard work pays off.

In a promo video released by Arsenal on Monday morning, Jesus said, “Football, to me is art.

“I want to play somewhere with a team that wants to play, embracing the spirit of Brazilian football.

“I want to make people happy.

He also posted a message of his own on Twitter:

Thanks Man City and all the people who made this club my life for all these years. Time to live a new dream!

Speaking to the Arsenal website, Mikel Arteta, said, “I’m very excited. The club has done a tremendous job to recruit a player of this stature. I know Gabriel personally very well, and we all know him well from his time in the Premier League and being really successful here.

“This is a position that’s been on our radar for a long time now and we have managed to get a player that we all wanted, so I’m really happy.”

While Edu added, “We are delighted that we have secured the transfer of Gabriel. Everyone who knows football well, knows the qualities of Gabriel Jesus.

“Gabriel is a player who we have admired for a long time now. He is 25 years old and an established Brazil international who has consistently demonstrated that he is a player at a very high level. We look forward to seeing him join up with his new teammates ahead of the new season. We all welcome Gabriel to Arsenal.”

Jesus arrives on a five-year deal worth a reported 310m-a-season (around £192kpw).

He will wear the number nine shirt.