Gabriel has been praising his relationship with Mikel Arteta and explaining why he opted to sign for Arsenal. 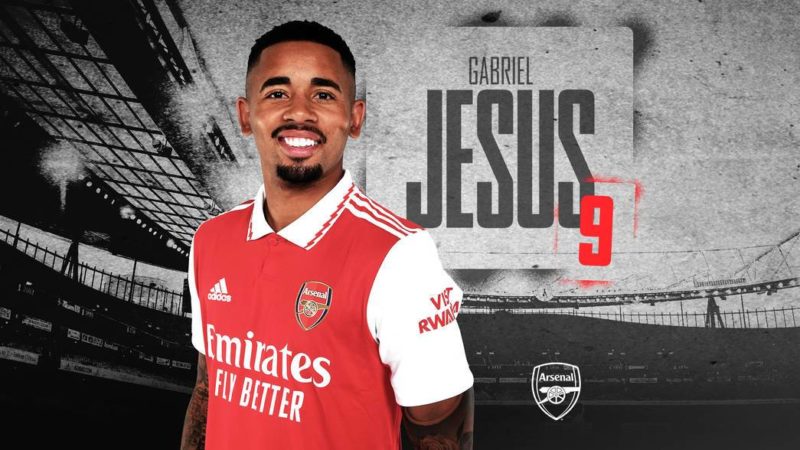 Despite being pictured in his new Arsenal kit at the Emirates last week, Arsenal waited until Monday morning before they announced the news that Gabriel Jesus had joined the club on a five-year-deal.

Arteta and Jesus, of course, know each other well from their time together at Manchester City.

Asked about his relationship with Arteta, Jesus said, “We spoke a couple of times about the club, the players, the project and the future. I believe 100 per cent in Mikel.

“He helped me a lot [at Manchester City]. We would always stick together after the training sessions and do some finishing or something. He’s a very intelligent guy and was an amazing player, so if he knows something he can teach me or the young players.”

Like many from his generation, Jesus grew up watching Arsene Wenger’s Arsenal and, in particular, Thierry Henry.

“I followed Arsenal when I was young because of [Thierry] Henry,” Jesus added.

“Obviously I didn’t follow too many European teams but when I saw some of the players that played here, I was like “wow, this club is big.”

“When I played against Arsenal I was looking at the Emirates and it was a very good stadium, so I’m very excited to play here.

“I’m so happy to sign for this big club. Since day one when I knew I could come to play for Arsenal, I was happy. I know the staff, I know some players, the Brazilian ones. I know there are a lot of top players.

“They are young and I’m still young as well, so I am so happy to be here to help. I come to help, to learn as well and to try to do my best.”

You can get all the details about Gabriel Jesus’s Arsenal contract here.