Lewis Hamilton has said he was forced to support Arsenal after he was questioned about his part in a bid to buy Chelsea Football Club.

Lewis Hamilton is an Arsenal supporter.

Look, here he is, happily wearing an Arsenal shirt and meeting one of the greatest players to ever represent the club with a look of pure adoration on his face: 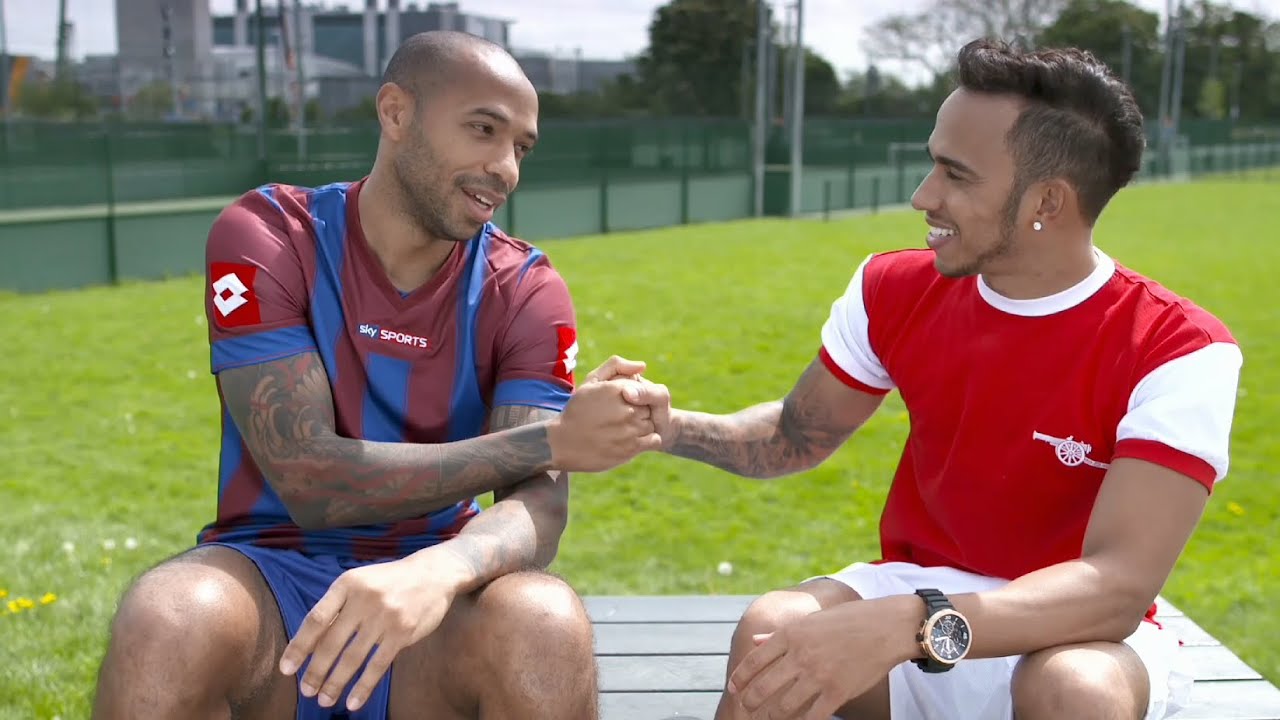 And here he is with his hand over the badge in a gesture we are all familiar with: 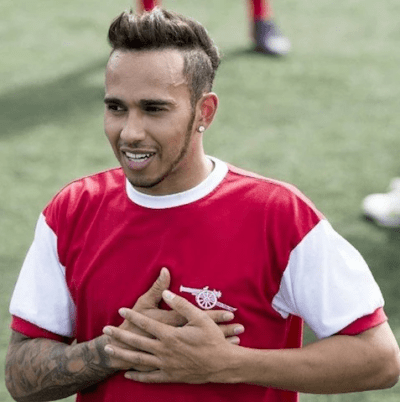 This, of course, is all a little awkward when you’re trying to buy Chelsea, as Max Verstappen pointed out.

As Hamilton confirmed his interest in being part of a bid trying to buy Chelsea, he was at pains to explain he was ‘forced’ to support Arsenal by his sister who used to punch him on the arm, telling him he had to support Arsenal.

It is also worth noting, as you read his quotes below, that neither of the other teams he wanted to support were Chelsea and, if it weren’t for his sister’s intervention, he could have ended up as a Spurs supporter which certainly wouldn’t have made this situation any better.

“I’ve been a football fan since I was a kid and played from the age of four to about 17, I played in my school team every year through my childhood,” Hamilton said.

“I’ve been to numerous games.

“When I was young, around the corner from where I lived I played football with all the kids and a couple of my close friends,” he added.

“I really wanted to fit in. I was the only kid of colour there but the kids all supported someone different.

“One was Tottenham, one was Man U and I remember switching between teams when I was younger and getting home and my sister punching me several times in the arm, basically beating me to say I had to support Arsenal.”

Of course, Hamilton will want to get himself on side with the Chelsea fans, but the fact is, most of us are ‘forced’ to support the team of our families.

A few rebels pick their own, but football loyalties, like religion, tend to be indoctrinated at home.

Still doesn’t make him not an Arsenal supporter!