The right-back/centre-back, Anna Patten, is the first Arsenal move in this January transfer window and it is a little surprise to see her leave the club until the end of the season. 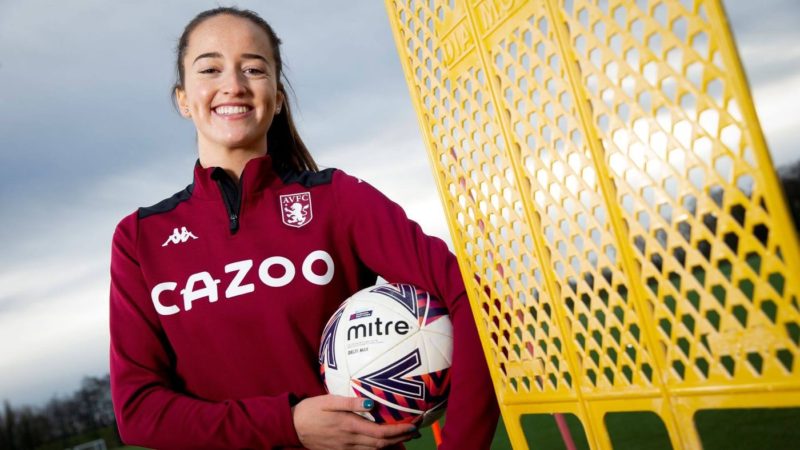 The defender is 17th in the squad when it comes to playing time so far, with 584 minutes.

For reference, Kim Little, who has played the most has had 1,655 minutes.

Jonas Eidevall sees Patten as the understudy for Noelle Maritz and, therefore, has used her sparingly.

Out of the 22 games played so far, she has started five games and came on as a sub eight times.

Patten’s statistics are not bad, but it is quite clear that the Arsenal manager sees her as a squad player.

It is interesting that, despite all the centre-back problems, so far, she has not been given a chance to stake a claim.

I would not be surprised to see her play there for Aston Villa and develop well in the next six months.

It certainly makes more sense for Patten to be playing week-in, week-out at Villa rather than one game in three with the Arsenal.

As for the Arsenal, it leaves the club short of one defender at the moment and you would expect a signing to be made before the end of the month.

Steph Catley, as well as Caitlin Foord, will be gone soon for the AFC Women’s Cup, while Leah Williamson is currently injured, with no date announced for her return.

It leaves the club with one right-back in Noelle Maritz, one left-back and four senior centre-backs in Lotte Wubben-Moy, Jennifer Beattie, Viktoria Schnaderbeck and Simone Boye-Sorensen.

We can also add youngster Teyah Goldie to the centre-back list.

We also know that three of the four centre-back available are injury-prone: together they missed a total on 25 games due to injury.

It would make sense to sign a player that can cover at full-back on both wings as well as at centre-back. I would say a quick left-footed centre-back/fullback would be the best option actually.

And, also, Katie McCabe will need a breather at some point, as she is one of the four players who have been involved in all the games, so far.

The transfer window is open for nearly a month, so Arsenal will surely sign a replacement for Patten, otherwise it will a gamble on the players fitness to go through the next six month.

About the signing, Aston Villa manager Carla Ward said: “Anna is a key signing for us and will bring both quality and experience to the team.

“She is a young English player with huge potential and we believe this is a great chance for her to continue her development.”

“Anna first joined the club aged 12, working her way up through the academy ranks before making her first-team debut in 2016.

“She then spent four years in the USA, where she played football while working towards a degree.

“Anna re-joined us in January 2021 and has now made a total of 31 appearances and scored two goals for the club, including her first in the UEFA Women’s Champions League against HB Koge earlier this season

“Everybody at the club wishes Anna well during this next stage in her development.”