A notable number of professional footballers have tried their luck playing poker and a few of them have really excelled. 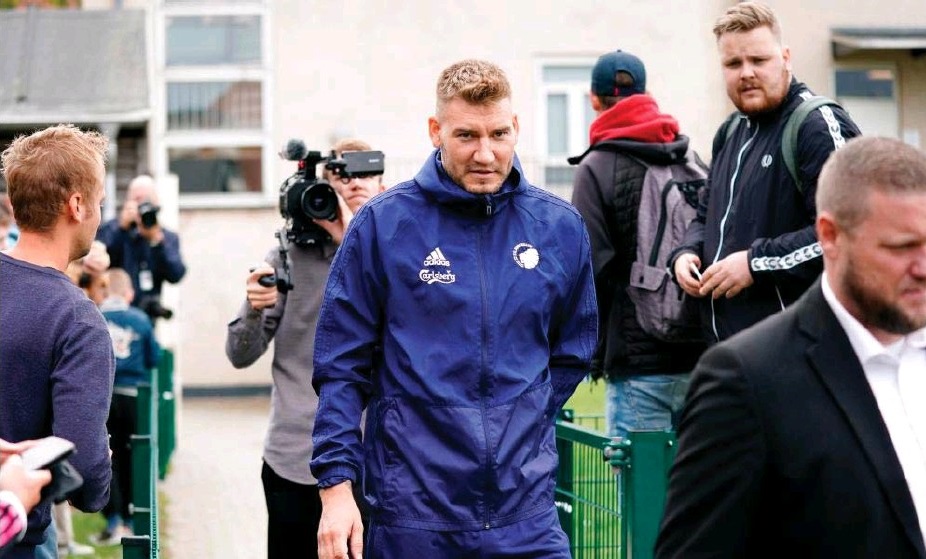 Tony Cascarino also made his mark playing poker – the former striker has played at Marseille, Chelsea, Celtic, Aston Villa, Millwall, and Gillingham, among other teams. Cascarino finished in 14th place in the London event back in 2007. However, Cascarino won the Grosvenor Poker Tour back in 2008.

Nicklas Bendtner, a former Arsenal player, admitted to losing more than 5 million pounds playing poker when he was playing for the arsenal.

Bendtner, who made more than 100 appearances for Arsenal, was recently released by Copenhagen and is currently a free agent.

The footballer is currently starring in a reality TV show with Philine Roepstorff, a fashion model. It’s in the show that Bendtner made the shocking revelation that he had lost almost 6 million pounds playing Texas Hold’em.

While playing for arsenal and based in London, Bendtner admitted that he was always involved in the high stake poker and claimed that he spent lots of money playing this game.

However, the ex-arsenal player admitted that he doesn’t think he had an addiction because he could always control when he wanted to play.

Bendtner admitted to playing lots of poker in his life. He went further to say that he had been playing poker against professional players since he was 19 years old.

Becoming a successful poker player and reaching the level of world poker takes a lot of work. Professional poker is all about consistency, judgment, and strategy rather than luck. This is something that non-players will never understand properly.

Ray Parlor is another great arsenal player whose trophy cabinet is filled with silverware after a successful 15-year soccer career. Ray, a man, used to winning, also made a great entry after being invited to the partypoker tables.

Ray had been invited to participate in the FootyAccums Night League Game on 25th May. The ‹5.50 buy-in poker tournament had attracted 2.265 participants who built a prize pool of ‹11,325, Ray playing under the nickname ‘TheRomfordPele,’ won this poker tournament and walked away with a whopping ‹657.26 plus an extra 735.97 pounds in bounty payments.

Ray has made over 500 cup and league appearances and scored about 32 goals. 3 FA community Shield Cups, the UEFA Cup winners cup, the League Cup, the FA Cup, and three premier league cups.

Ray isn’t a newbie with regards to playing poker. There is a high chance you’ve played against him without even knowing it because he used to play in several poker sites many times before.

Other Professional Footballers Good At Poker

Gerard pique is one of the best Spanish defenders and has been playing for Barcelona for many years. Pique has enjoyed some great sessions when playing poker tournaments. He is so good at poker that he can be regarded as both a poker player and a professional footballer.

Pique regularly participates in the world series of main poker events. It’s in these events that he has showcased brilliance. His biggest winnings from the European poker tour won a whopping $56,000, which shows how experienced he is in the game.

Teddy was a great footballer in England. He has played for some of the world’s best football clubs, including Manchester United, Tottenham hotspurs, and Westham.

Although Levi is the most underrated professional footballer in this list of renowned soccer players who’ve excelled at poker, he is also a great poker player. Levi started in the Israeli defense forces before he started playing for the Hapoel.

Unfortunately, Levis’s football career was shortlisted after he suffered a severe injury.  He then switched gears and started playing professional poker. He has over the years earned more than $2.6 million player poker. Teddy had numerous world poker tours, and World Series of poker wins.

The footballers in this list have won big player poker, encouraging you to try your luck. Online poker makes it easier to enjoy the game.