Mitchel Bergkamp has signed for Watford after a trial with Arsenal was unsuccessful.

Bergkamp, the son of Arsenal legend Dennis, has signed on a six-month deal with an option to extend, should it go well.

“When I was younger it was difficult [to be compared to his dad all the time] but I’ve adapted to it now,” he told Watford’s official club website.

“It’s just my name and I’m my own player and hopefully I can leave my own legacy. He’s been amazing to me and for me. He’s my No.1 fan and has always been there for me. It’s a privilege to have him as my dad and to work with him on my game.”

On joining Watford, he added: “I’m very pleased and really excited for the future.

“It’s great to get this opportunity and I can’t wait to get on the pitch and start the hard work. I’ve been on trial, I’ve been working hard and I’m just really glad to get the chance to prove myself.

“I want to prove myself with the Under-23s and then one day hopefully get an opportunity for the first team. But it all starts with hard work.”

Back in November, Arsenal turned down the chance to sign Mitchel Bergkamp after the midfielder spent time on trial with the club. 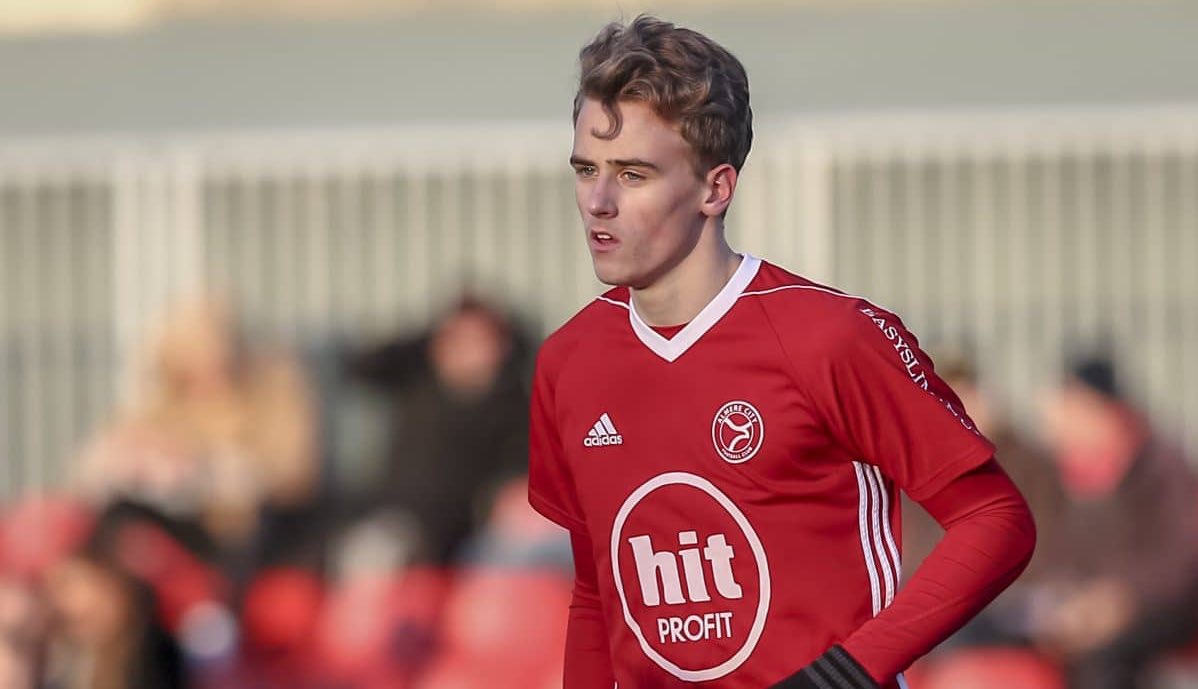 Mitchel Bergkamp, Dennis Bergkamp’s son, was reportedly on trial with Arsenal after being released by Almere, whom his dad coached for free.

A month after that, it was reported that the club opted not to sign the younger Bergkamp, which is obvious now as he joins Watford.

Dennis Bergkamp left Ajax at the start of 2018 and it seems like there is a still a legal case ongoing between the parties. The Arsenal legend then joined the technical staff at Almere City FC.

Founded in 2001, by which point Bergkamp had already been an Arsenal player for six years and had won an Eredivisie, two KNVB Cups, a European Cup Winner’s Cup, two UEFA Cups, one Premier League, and one FA Cup in his career, Almere currently play in the Eerste Divisie in front of a 3,200 capacity crowd (when crowds are allowed).

Bergkamp’s 22-year-old son Mitchel was on the books of the club at the time but was released in July without making a single appearance for their first team.

Mitchel Bergkamp plays as an attacking midfielder and scored two goals in 10 games in the Derde Divisie Saturday last season.

Speaking to reporters in March, 2019, Dennis Bergkamp tried to explain why he didn’t want to talk to reporters.

“I am a volunteer, [at Almere],” he said. “Should volunteers also do press? No right?

“I just don’t have much to say. Except that I really like it. I like to help.

“I didn’t feel the need [to work] for a moment after what had happened [at Ajax]. I wasn’t really looking either. This came my way, it felt good, that’s how it works.”

He also added, somewhat surprisingly when talking about Ajax, “I don’t watch that much football by the way.”

Back in August it was rumoured that Mikel Arteta wanted Dennis Bergkamp as part of his coaching team but nothing seems to have developed in that story.

In an interview with FourFourTwo in July, Bergkamp was pretty clear, however, that he’d like to come back to Arsenal one day.

“When the time is right, I’d love to go back and get a role somewhere,” Bergkamp said.

“At the moment we’re great in Holland. I’ve got a young family and have been out of coaching for a little while now. But I must admit, I have the urge to go on the pitch again and help, whether it’s with the technical or coaching staff.

“It might be a bit too early, but you never know. We’ll see what comes my way.”