Mesut Ozil seemingly announced a move to Fenerbahce using his One Unity account but it looks as if he just hasn’t updated their handle and a troll got his hands on the old account.

It had been reported that Ozil and Fenerbahce were close to a deal but the tweet that is circulating, and linked to from Ozil’s account, seems to be a fake.

We at @OneUnity are proud to announce that Mesut Özil will be moving to @Fenerbahce_EN. More to come.

As you can see from Ozil’s Twitter bio, this is his company: 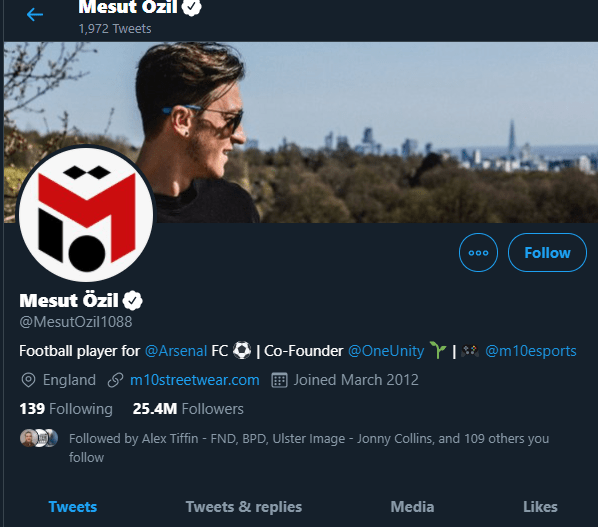 Chris Wheatley was the first to notice but has since deleted his tweet. The reason? It turns out that OneUnity have changed their Twitter handle but Ozil hasn’t updated his bio.

Their new handle is @UnityPerform.

It was claimed late this week that Özil appeared to be closing in on a January transfer to Fenerbahce, though there were said to still be details to iron out first.

The Turkish media were already certain that the deal is happening. BeIN SPORTS reporter Mert Yuksektepe was among those to claim it’s done, with Özil signing a three-and-a-half-year contract with Fenerbahce.

Ozil was expected to hold a meeting on Friday to make a decision.