Daniel Ballard is ‘over the moon’ to sign for Blackpool on loan until 31 January and promises to give 100% for the Blackpool shirt. 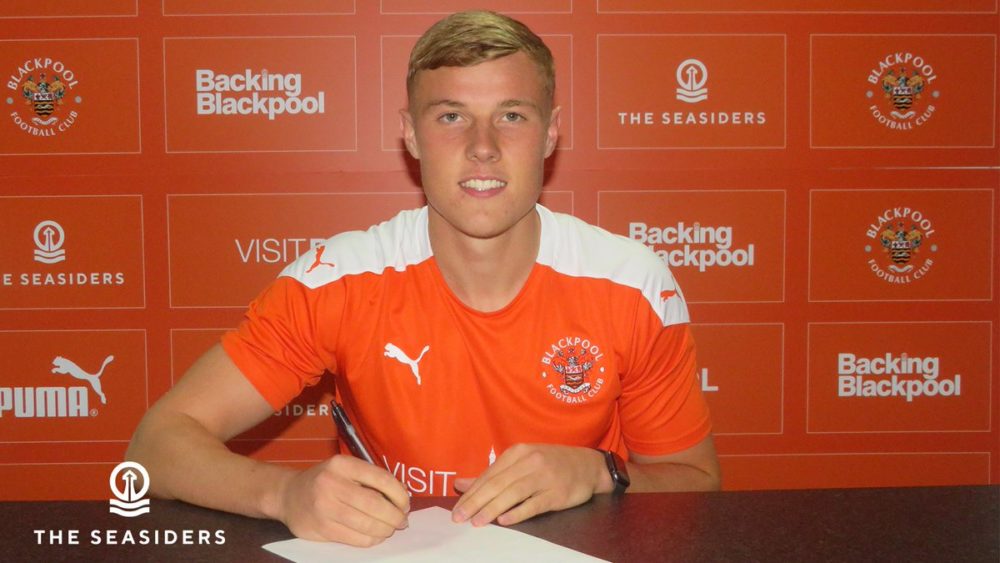 Arsenal confirmed that the Northern Irish defender had joined Blackpool on loan on deadline day.

Speaking to the official Blackpool site, Ballard said, “I’m over the moon to be here.

“I’m just thankful I’ve been handed this opportunity, so I’m looking forward to playing for the Club and getting some minutes on the pitch.

“I’m still very young and I’ve got a lot to learn. I’d like to take what I’ve learnt so far and improve my game every week and also help the Club.

“There’s a very talented group of players here, so hopefully I can learn a lot from my time here and give some good performances for Blackpool. I’m here to get into the team and show what I can do, so I’m excited to hit the ground running and meet all the lads in training,” Ballard continued.

“The fans can expect 100% from me every game. I’ll be aggressive on the pitch and play for the shirt and take every opportunity I get with both hands.”

The defender went on loan to Swindon Town last season but only lasted three matches before a serious knee injury kept him out for much of the remainder of the season. He returned well just before lockdown but had a couple of minor setbacks after football’s return.

A year in senior football will certainly help his development.