Arsenal’s u18s beat Crystal Palace 3-2 on 26 September thanks to a superb brace from Marcelo Flores and a goal from Khayon Edwards. 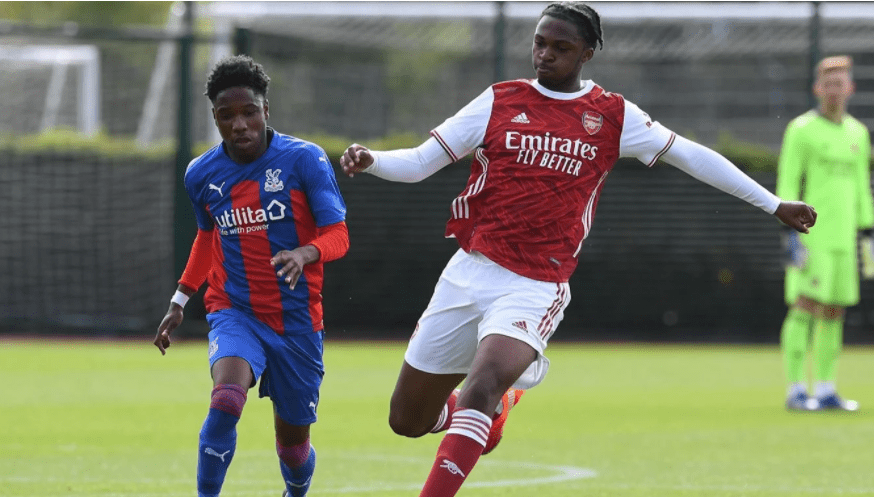 Arsenal’s u18s got back to winning ways on Satuday morning when they beat Crystal Palace 3-2 at Arsenal’s Training Centre in their u18 Premier League match.

The Young Guns fell behind before Marcelo Flores equalised from outside the box 13 minutes later.  Arsenal then took the lead when Khayon Edwards found the back of the net. Palace equalised with seven minutes left on the clock but Flores pounced again to win it for his side just three minutes later.

Arsenal u18 vs Crystal Palace u18 Match highlights

46′: David Omilabu gives Paddy McCarthy Palace side the lead inside the first minute of the second-half. A well-taken effort from the middle of the box, after Rowan Smith found the in-form striker.

59′: Marcelo Flores equalises for the Gunners with an excellent outside-of-the-box strike into the bottom right corner.

66′: Khayon Edwards gives Arsenal the lead from inside the penalty box, getting on the end of a Kido Taylor-Hart cross.

83′: Omilabu at the double, with a similar position to his first goal – only this time the forward finishes with his left foot.

86′: An almost instant reply from the home side, with Flores scoring his second and the final goal of the afternoon – again, from outside the area.

Arsenal u18 vs Crystal Palace u18 stats

The u23s lost to Spurs but we won’t talk about that.

Arsenal to battle Spurs for £20m Joachim Andersen at Lyon