The FA have disclosed the full fixture list for the 2020/21 season when Arsenal will try to win back their title and qualify for the Champions League with three places available from this season on.

The big games against the main favourites, Chelsea and Manchester City, will be played 14/15 November at home to Chelsea, 12/13 December away to Man City, home to Man City 6/7 Feb and straight after that game, Chelsea away 10/11/12/ Feb.

Last season, the club did not do well against those two teams and it decided the club’s fate in the league as the Gunners finished in third place. They will have to do better than a meagre three points out of twelve if they want to win the title.

The other important games against the two teams likely to compete with us for the third Champions League place are must win games and will played: 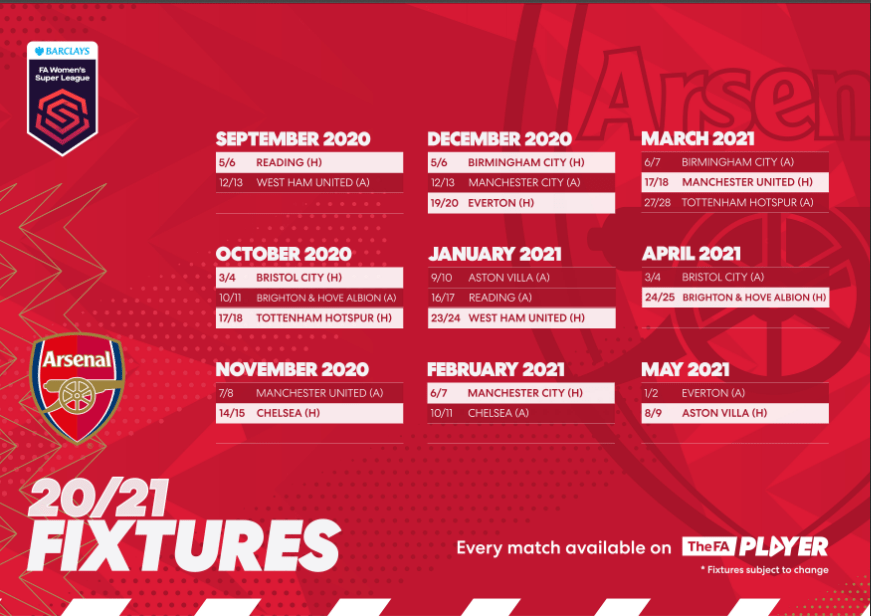 Therefore, there will be plenty of games of be played throughout the season as well as international Euro qualifiers and friendlies.

It will be a busy season.