Dani Ceballos quite fancies another season at Arsenal and, given what we’ve seen from the midfielder under Mikel Arteta, there are quite a few Arsenal fans who would quite fancy another season of him, too.

How far we’ve come in such a short time.

Under Unai Emery, Dani Ceballos was largely forgettable and nobody was rushing to get him to commit his future to Arsenal. In fact, you kinda thought to yourself that maybe Zinedine Zidane had a point. Maybe the midfielder had no place at Real Madrid if he couldn’t even look like a player who should be at Arsenal.

Arteta, however, has found the keys to make quite a few players work again. Apparently, they had been stashed, safely, in his magnificent hair all this time. 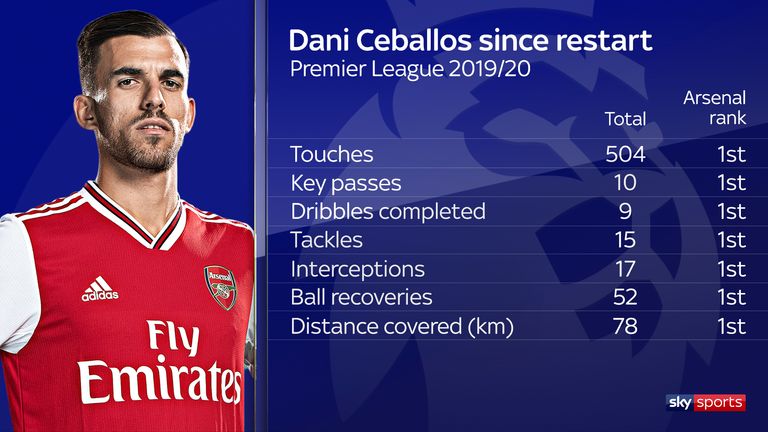 If you have limited players, you don’t ask them to do things they can’t. You stop trying to shove all your players into a shape that leaves legs hanging out the side. Instead, you think a little harder and come up with something that fits what you have, something that accentuates your positives while doing its best to hide your negatives.

Then any stars you have might also be able to shine.

Given Ceballos has no future at Real Madrid as long as Zidane is still manager – and he’s just won another La Liga title – it looks like the 23-year-old will need to find a new home. He also wants to showcase his talents at the Euros next year. To do that, he’s got to play, something that figured in his decision to go on loan in the first place, before the world came to a standstill.

For most of his time at Arsenal, Ceballos has yearned for a return to Spain and kept tight hold of his Real Madrid dream.

After Arsenal beat Liverpool and then Manchester City, it seems like he might, at the very least, have loosened his grip on that a little.

“It’s a club in which I already have a year of experience, so it would be very easy to return. I wouldn’t have to adapt to a new league or new club with a different manager and players.

“I think it would be a good step for me. But like I said, my future depends on Real Madrid and right now I don’t know their decision.”

His change of form hasn’t all been down to just Arteta, however. Ceballos has played his part.

“The truth is that I worked so hard out there,” Ceballos added. “I trained to my limits and now I have a very high physical level.

“That, combined with the part of my game that the míster likes, which is having the ball and being a protagonist, means I’m now a player who fits into his team.”