You can argue if you like, but Arsenal got screwed all season by referees and here are the stats to back that up. 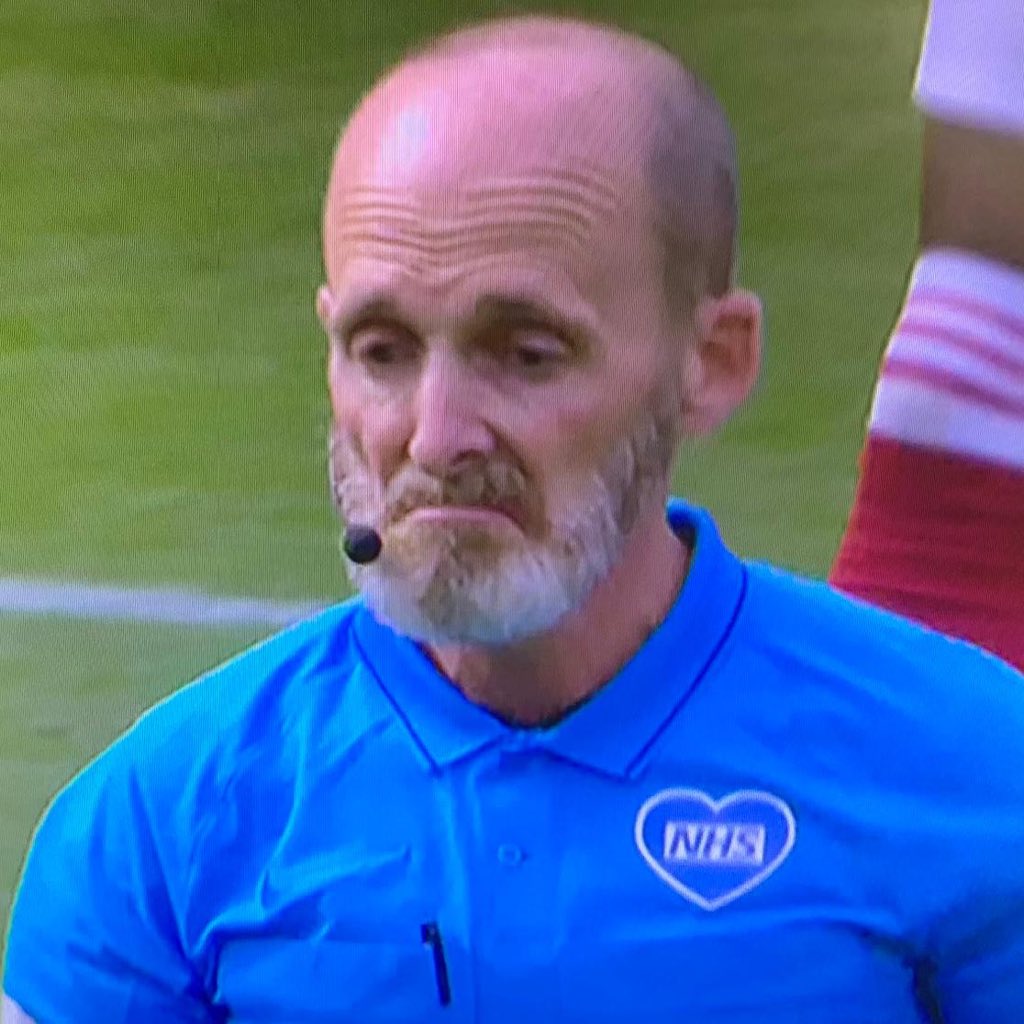 Every fan thinks their team is treated the most unfairly by referees but only one can be correct and it is Arsenal fans. That’s without even going near VAR as the decisions Arsenal have had from the virtual referee this season would drive you to distraction.

All season, I’ve been blathering on about this because I’ve been tracking the figures and it was pretty hard to miss. For the record, I don’t blame Arsenal being rubbish on any of this. That still doesn’t make it right.

I think we can all agree that Arsenal are not a ‘hard’ team. They are not known for being dirty. In fact, they are known for being the exact opposite. Arsenal fans would all be very rich indeed if we got £5 every time a pundit called our side ‘soft’.

How, then, do they get more yellow cards than anyone else? 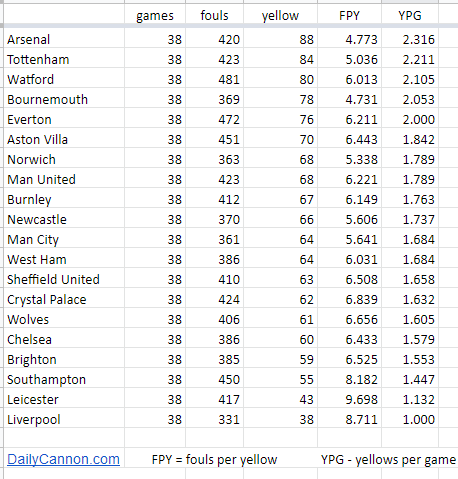 It doesn’t get any better when you order it by… 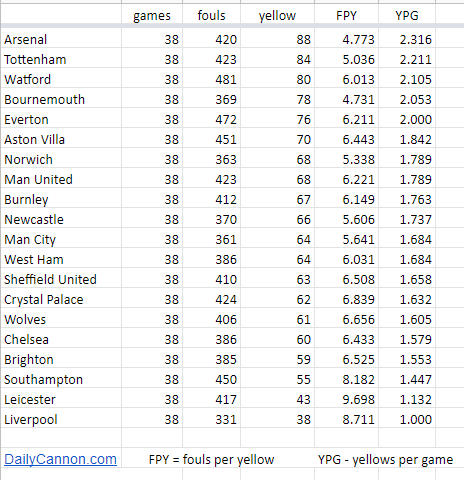 How about if we look at it in terms of total fouls. These things, we’re always told, even out over the course of the season. 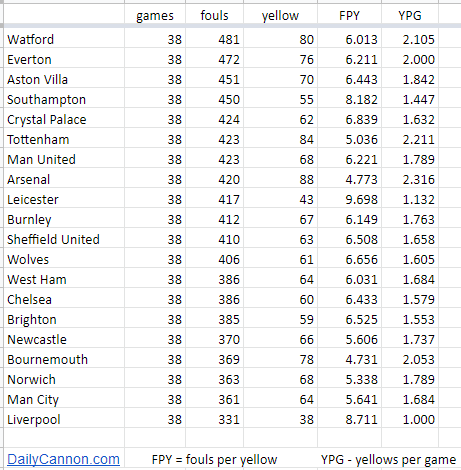 You’ll see very clearly there that Arsenal committed fewer fouls than United but got 20 cards more. They also got 14 penalties while Arsenal got three.

But where it all really comes to life is when you organise it by ‘fouls per yellow’.

Then you really get to see it in all its glory.

Fouls needed to get a yellow card 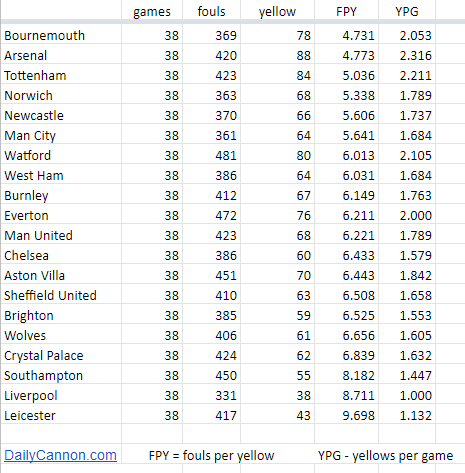 For a large part of this season (pre-Atkinson, read on for more on that) Arsenal were averaging a yellow every THREE fouls and sat on top of the table. It was only after the restart that things started to get a bit better.

Are we really going to say that Leicester City, of all sides, deserve so many more fouls before they get booked than Arsenal players? Really? The same with Sheffield United? Burnley? None of those sides are known for their light touch.

Pick a team, any team. I guarantee you people will agree that they commit more, and worse, fouls than Arsenal.

West Ham and Villa made 29 fouls today and picked up the same number of yellows as Arsenal who made 9.

I understand the argument that can be made that, perhaps, Arsenal just make more yellow card challenges, but we know that isn’t true because we watch every week, with our own eyes, as Arsenal players get carded for things opposition players walk away from.

In terms of officials, we finally got rid of Martin Atkinson after the game against Brighton and he hasn’t been seen, in any role, since. That marked an uptick in Arsenal’s FPY ratio as it was even worse before the break.

Arsenal played 44 games (I’m including the cup final as we know the officials) in those two competitions and Atkinson hasn’t been involved in any of Arsenal’s last 10 games yet he has still managed to be involved in almost 25% of our games.

No referee took charge of more Arsenal games (league and FA Cup) than Atkinson with seven. In total, he was involved in 10 Arsenal games this season as either referee, fourth official or VAR.

The remaining 14 games were split amongst seven referees with Stuart Atwell and Michael Oliver getting three games each, Jon Moss and Kevin Friend got two and Peter Bankes, Lee Mason, Graham Scott, Craig Pawson getting one each.

21 officials have refereed this season. We’ve had 12 with almost 70% being shared between just five.

Does’t really seem right, does it?