On Friday, Arsenal announced a new arrival in Malin Gut from Grasshopper and they are expected to announce another arrival, this time from Wolfsburg.

Gut is a 19-year-old midfielder who began her career with FC Zurich before signing for Grasshopper just last year.

Her announcement makes her the second new addition to the Arsenal’s women’s squad, with Steph Catley also arriving.

I wrote about Maritz and Gut a while back. Think they will still happen. Heard good things on Catley, especially now Lyon have signed Karchaoui. https://t.co/0v0msK5lza

Like Malin Gut, and Lia Walti who is already at the club, Maritz is a Swiss international.

About Gut, Joe Montemurro said, “With the position that she plays and the way that we play, she’s very much a ball-playing holding midfielder and a player that wants to get involved very, very quickly in the build-up.

“At times we do play with two No 6s, whether that’s with a back three or a back four, and with Lia Walti, her partner in the national team, I thought it was a very good balance and a very good combination that would fit in quite well with the way that we want to play.

“Obviously that then gives us the opportunity from a fluidity perspective to play her as a centre back too, whether that’s in a back three or a four. She’s great on the ball, always proactive, always looking to pass forward and as I’ve said, suits our style to a tee.” 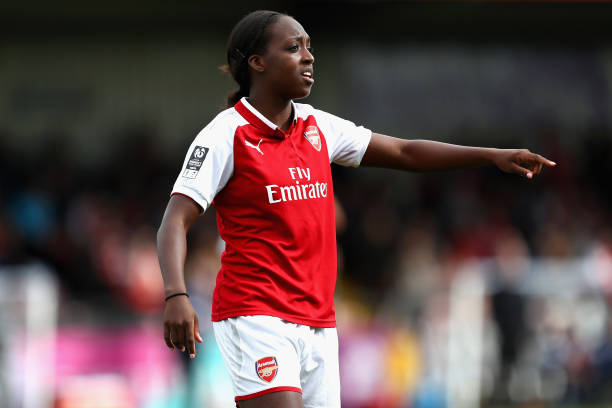 With Danielle Carter officially gone, we now have a clear view of what the squad needs in term of numbers and positions that need to be restocked. I was, therefore, expecting a raft of new signings in the coming weeks.

We know that Montemurro does not like having a big squad, so I would say a squad of 22 players would be the maximum the club will aim for.

That would mean all positions are doubled up.

Here is the current squad with specific positions assigned. Of course, most players can actually play in up to four positions, so there is no real need to have all positions doubled up.

Number 3 and 4 should be Steph Catley and Noelle Maritz, while number 6 should be Malin Gut.

Number 2 and 7 could go to two Danish players, but there is no reliable news on that front. Everton are also in the running for those players, apparently.

Number 6 can be assigned to Mel Filis as the Academy player should be around next season.

Number 1 could be any keeper that comes in to compete for that sport with Manuela. Fran Stenson could be allowed to go on loan again, or stay if there is no other keeper is signed.

Overall, the squad size is likely to contain between 21 and 23 players.

As with the last two seasons, the biggest worry for me is on the strength and conditioning side.

The number of injuries that happened over the two years left the squad really short in numbers.

This cannot happen again this season if we want to regain the league title.